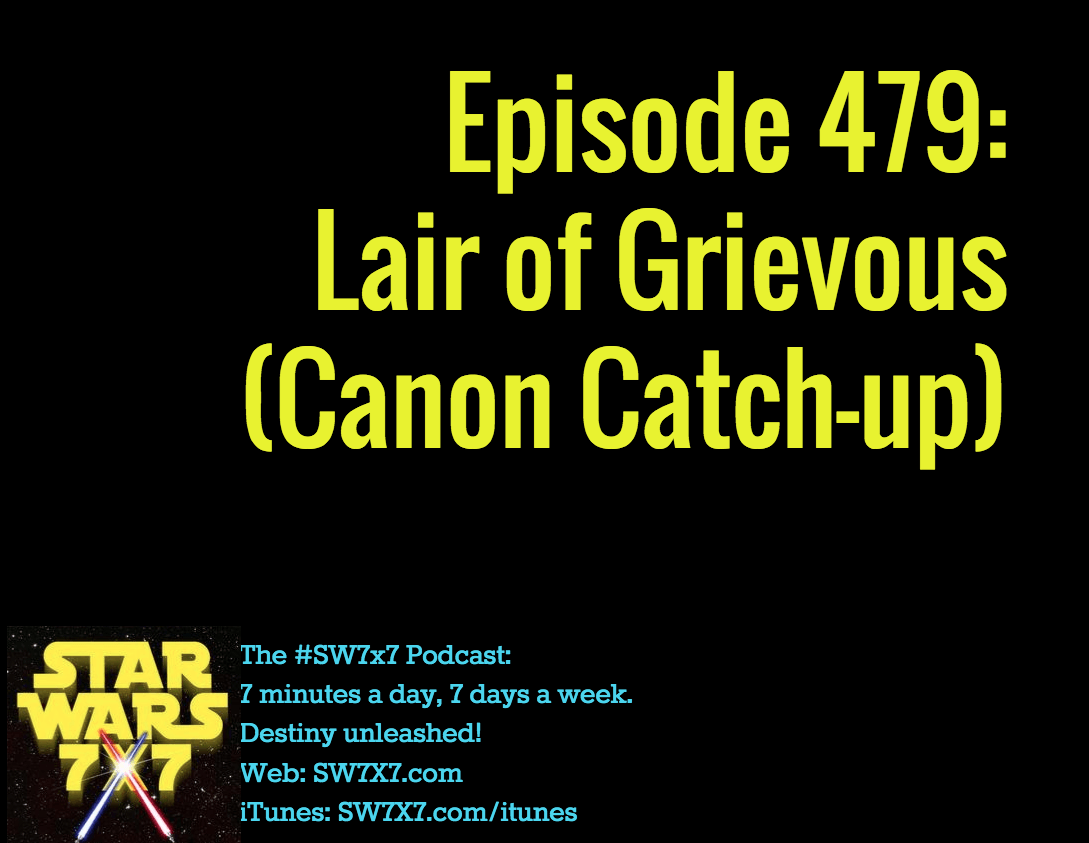 Picking back up on our Canon-Catch-up series with Season 1, Episode 10 of The Clone Wars, “Lair of Grievous!” (pic via Wookieepedia)

To, um, catch you up :-), Nute Gunray was kidnapped away from the Jedi and escaped on a Republic vessel. Jedi Master Kit Fisto is sent to track down the vessel, meeting his former Padawan Mon Calamari Jedi Nahdar Vebb there – Vebb is now a knight in his own right.

They find where the vessel’s beacon is, but all that’s there is a hologram of Gunray laughing at them, quickly replaced by Count Dooku, who offers the Jedi and clones a different prize.

Turns out, they’ve stumbled into the Lair of Grievous – Grievous, who while on his way back home gets a message from Dooku about how disappointed they are in his work, and that Sidious wants Grievous to kiil more Jedi.

Well, handily, two Jedi are in his home right now. In the first skirmish, Grievous loses his legs at the knees, and manages to escape long enough to get fixed up and reveal to his comic-relief robot doctor that he chose the “improvements” made to his body.

Vebb gets angrier with each clone death, a little heavy-handedly, and eventually, he and Fisto are separated. Grievous makes quick work of killing Vebb, but Fisto escapes while also destroying Grievous’ robot doctor on the way.

This episode also won a “Golden Reel” award for best sound editing in television animation. Listen on earbuds or headphones for the full effect!

Today’s question: Who reach for his laser pistol when an Ewok stuck a spear in his face?