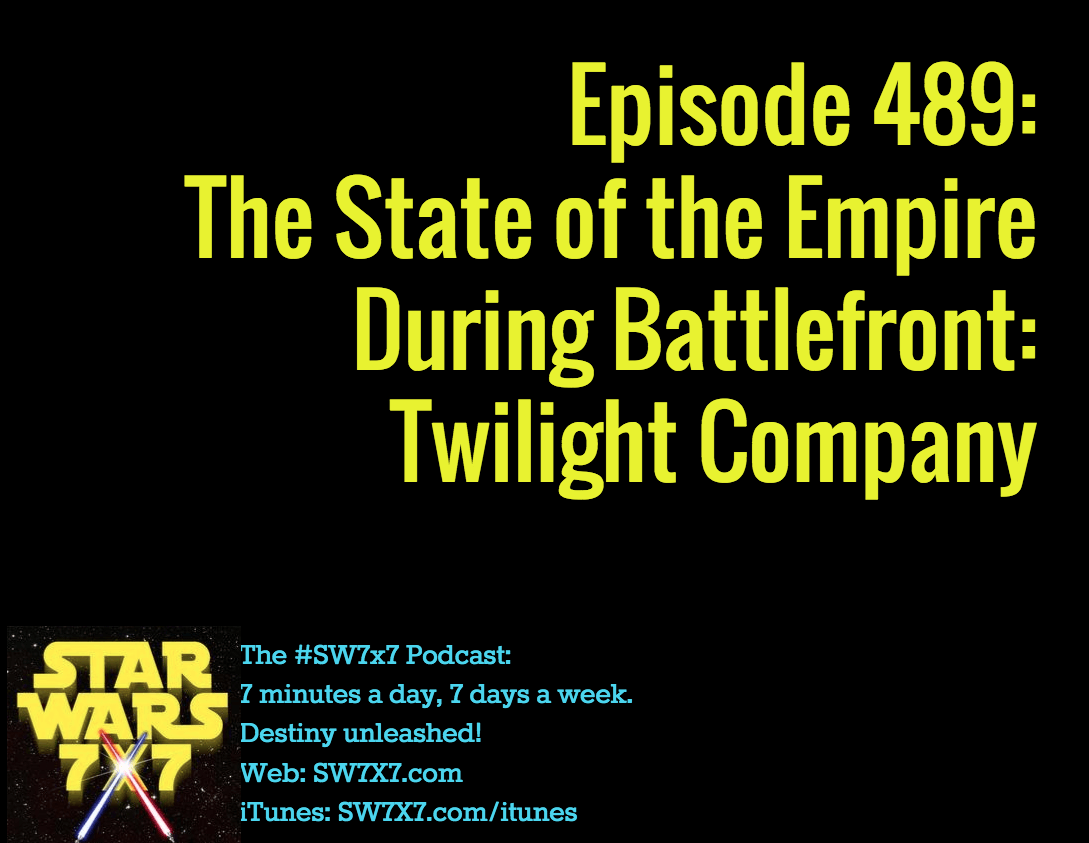 Yes, we talk about the Empire in Star Wars: Battlefront: Twilight Company in today’s episode as previously promised, but we can’t ignore the news about The Force Awakens character posters! Here’s all five of them for you. Personally, I dig the Princess Leia one the most. How about you? Name your favorite in the comments!

Oh Luke, don’t ask for the moon, we have the force. #TheForceAwakens pic.twitter.com/TBOCASFsy0

It is my very great honour to reveal this INSANELY EXCITING poster for The Force Awakens!!!! IT'S REY!!! Looking all freckly from the Jakku sun and as if there's an adventure to be had!!! AHHHH! #starwars #theforceawakens #ermagerdsoexciting #whoelseisexcited #wearesoclosehowarewesoclose #canitbedecembernow

Today’s question: Who complained to Luke, on Hoth, that he had no approach vector?