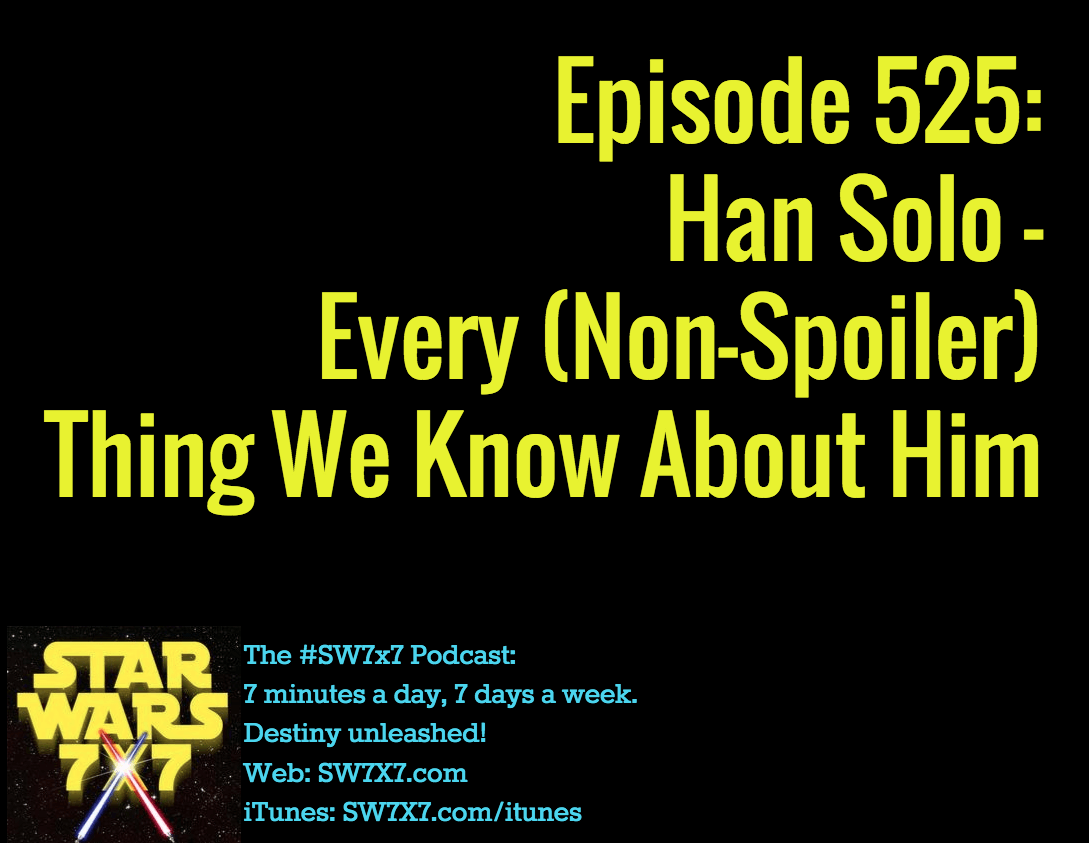 We don’t know a heck of a lot about Han Solo in The Force Awakens, but the things we do know – based on only the above-board footage and interviews, and not on any spoilers, rumors, or leaks – seems to suggest a few very logical possibilities.

1. He and Leia aren’t together, and haven’t been for some time. In interviews with Entertainment Weekly, we learned that Han is still having money troubles, which strongly suggests he doesn’t have a cushy job with the Rebellion or the Republic or the Resistance, and hasn’t for quite a while. And therefore, he isn’t with Leia, because how could he be with her and not be with the…Reb-pub-tance? (See if we can coin that one.)

2. He may have left pretty early after Return of the Jedi. We know from Shattered Empire and Star Wars: Aftermath that he was with the Republic for at least the first six months post-Endor. But then he decided to go off-mission and go to Kashyyyk and help the Wookiees. We don’t yet know the result of that, but it seems the next book in Chuck Wendig’s trilogy, Life Debt, will address that. (How could it not, with that title?) Is that the beginning of the end for Han’s time with the good guys? Hmmmmmm…

3. He’s seen some crazy stuff over the years. He’s telling Rey and Finn that the Force, the Jedi, the dark side, et al, are all real? Something – or some set of things – had to have a serious effect on his point of view. It certainly wasn’t anything he saw in the Original Trilogy, or in any of the post-Endor stuff we’ve seen so far.

4. He wasn’t married to Sana “Solo,” but he has had “family.” The Star Wars flagship comic book series revealed after six months of teasing us that Sana was not Han’s wife, as she claimed. It was just part of a scam they had run, and Han had bolted with her share of the money, after which she was chasing. So no, they weren’t together, and thus didn’t have any kids, as far as we know.

That said, J.J. Abrams said this about Han Solo recently:

I can’t imagine that Han Solo would ever not be a smart-ass. But when you’ve had loss, you’ve experienced, love and family and epiphanies and tragedies, those things accumulate.

I don’t know about you, but when I hear the word “family,” it means more than just a spouse. It means kids, too. Kids with Leia? With Sana? With someone else? Still all up for grabs.

Got any other “official” facts about Han in The Force Awakens that we don’t cover in the podcast? Share them in the comments!

And because we promised – here’s the second international trailer, and the thing you’ve gotta decide whether to watch happens at about 1:35. I agree with /Film’s take, where columnist Ethan Anderton says, “I could have done without seeing that moment.”

Today’s question: What type of stew did Yoda prepare for Luke?

Previous Post: Episode 524: Kylo Ren – Every (Non-Spoiler) Thing We Know About Him
Next Post: Bonus Episode: A Conversation With Full of Sith’s Bobby Roberts