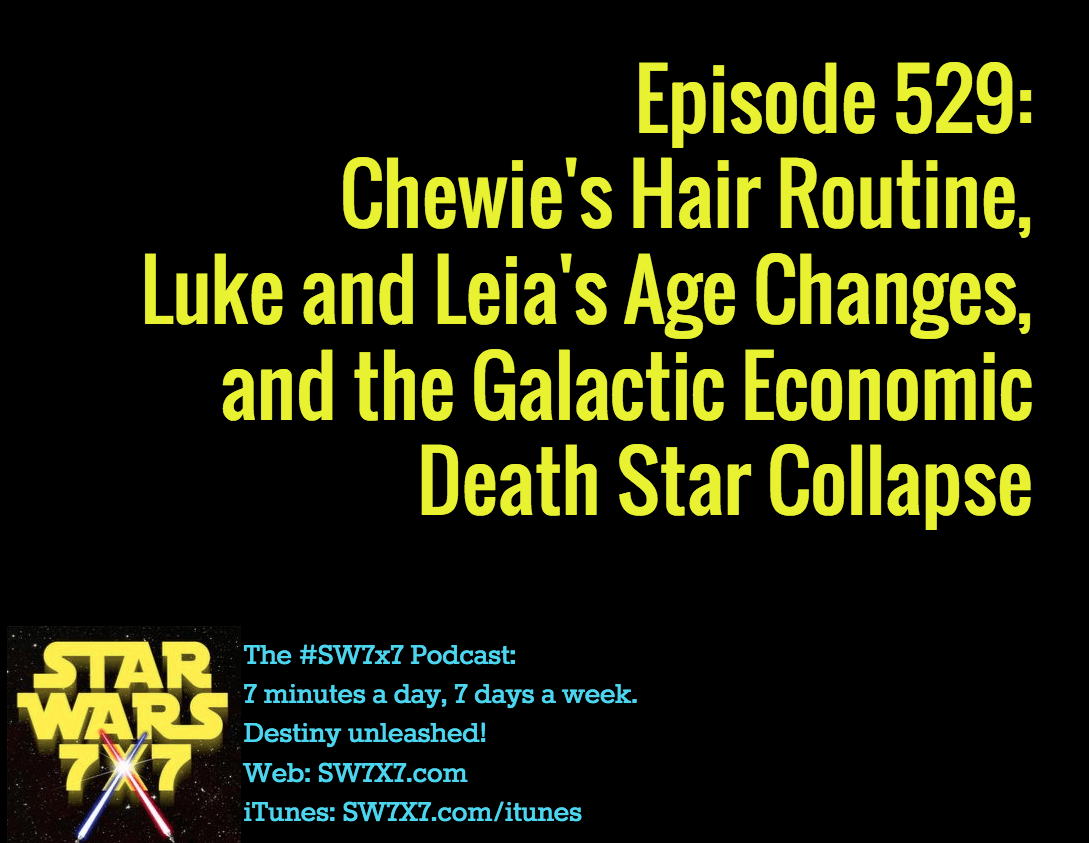 Since we’re still in lockdown on The Force Awakens topics, we thought we’d take some time to look at a couple of the lighter stories that have emerged over the past couple of months.

I’ve had the pleasure of interviewing many top hairstylists in my years at Allure. I’ve learned all about their favorite products, tools, and how they get their clients’ hair red-carpet ready. But I can honestly say that I have never, ever had as much fun discussing hair as I did when I talked to Maria Cork, the supervisor of the hair department in creature effects on the new Star Wars film, The Force Awakens. Her job? To be Chewbacca’s go-to hairstylist.

2. Luke and Leia’s age difference. From The Journal of Physics Special Topics:

Leia’s journey yields a time dilation of 62.6 days, which at a much faster speed means she is younger than Luke for the duration. However Luke’s journey is much longer so over this period of time he ages slower than Leia, as she is stationary once she arrives at Cloud City. The time dilation Luke experiences whilst travelling is 700.8 days (1.92 years). Luke is therefore 638.2 days younger than Leia.

3. The collapse of the Galactic economy after the destruction of the Death Stars. From Phys.org:

In a case study titled “It’s a Trap: Emperor Palpatine’s Poison Pill,” Feinstein assesses the condition of the Galactic economy following the Empire’s collapse, and applies economic modeling and systemic risk analysis to the Star Wars economy. He even establishes the Gross Galactic Product, similar to a more traditional GDP.

What fun things are you checking out while you kill time until The Force Awakens? Have your say in the comments!

Today’s question: How many biker scouts do Luke and Leia initially chase on Endor?