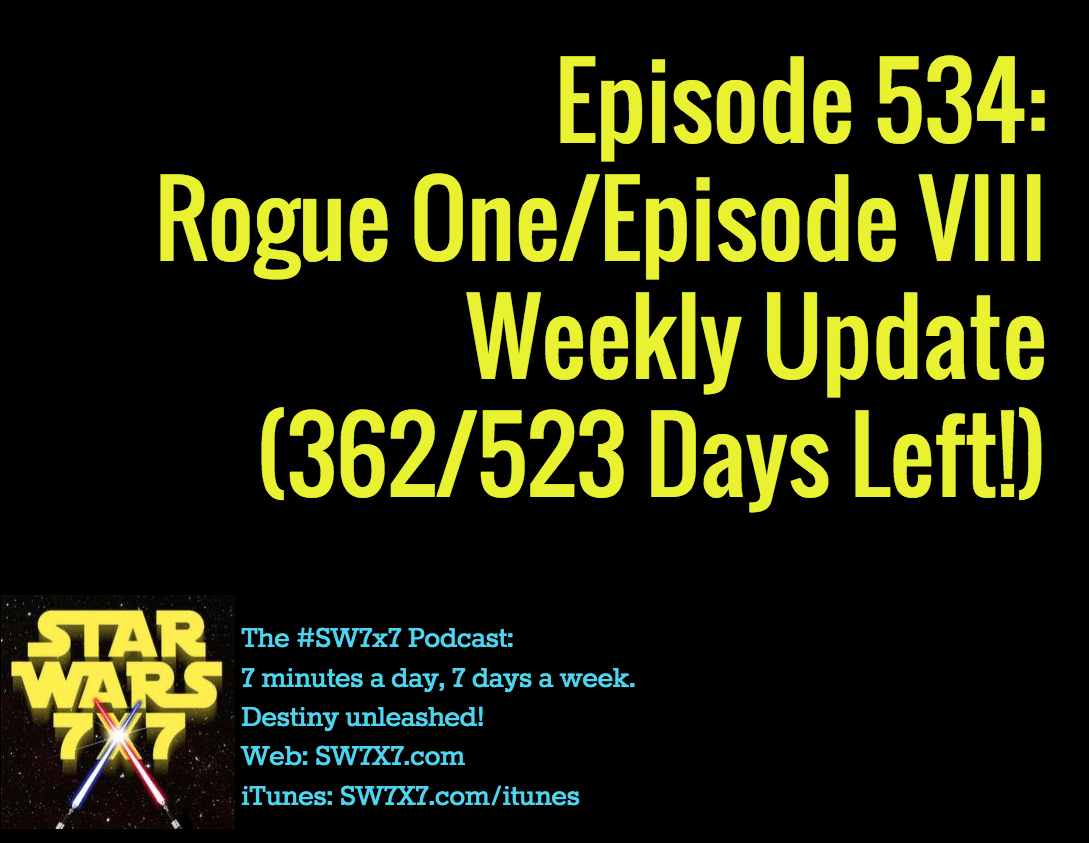 Today’s the last day we operate spoiler-free for The Force Awakens. Starting Monday, the podcast goes to full and unfettered discussion. (We’ll keep the blog posts here spoiler-free until the end of the year.)

In the meantime, there are a couple of other movies underway, including Rogue One and Episode VIII. No spoilers so far, just some fun facts!

Daisy Ridley interview, with mild Force Awakens spoilers about her relationship with BB-8 and Finn (Variety), plus comments on Episode VIII and meeting Felicity Jones on the Rogue One set.

British military as background actors in Rogue One (Forces.TV)

Yesterday’s answer: “Where are those transmissions you intercepted?”

Today’s question: Who did Han tell to take care of Leia, moments before Han was placed in the carbon-freeze chamber?