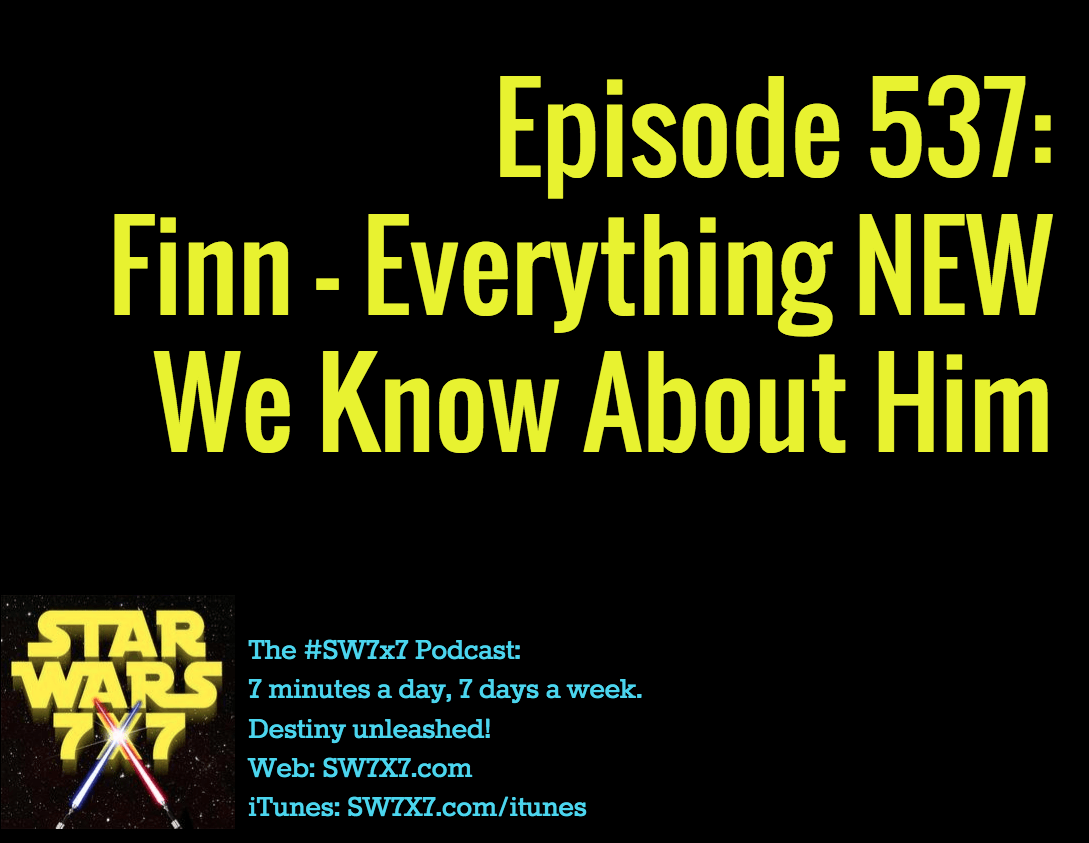 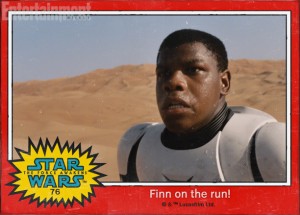 Marching on its way to a record-breaking $40 million on Monday 12/21, and a cumulative total of $610 million worldwide, The Force Awakens is on pace to keep making box office history. From a neat Forbes article about how it’s doing compared to other blockbusters:

It’s completely possible that I missed something in terms of mega openings and their Sunday-to-Monday drops, but if I didn’t, then Star Wars: The Force Awakens had a better non-holiday drop than any big movie ever outside of Avatar. And yes, to repeat, it had a better hold than Titanic and a better hold than Warner Bros./Time Warner Inc.’s first Batman movie from 26 summers ago. Anyway, if history is any indication we’re going to see a Tuesday number that is actually just over/under this $40.1 million Monday, putting the film’s five day total at over/under $330m domestic.

Holy rathtars! We’ll be keeping tabs on this as it develops.

Meanwhile, today’s podcast is all about Finn. We learned a lot about him in The Force Awakens, and after you give today’s episode a listen, chime in with any other facts we missed in the comments!

Today’s question: When Rey brandishes the lightsaber for the first time, does she hold it right-handed or left-handed? (Imagining her holding it like a baseball bat – which is, in fact, kind of like how she holds it.)