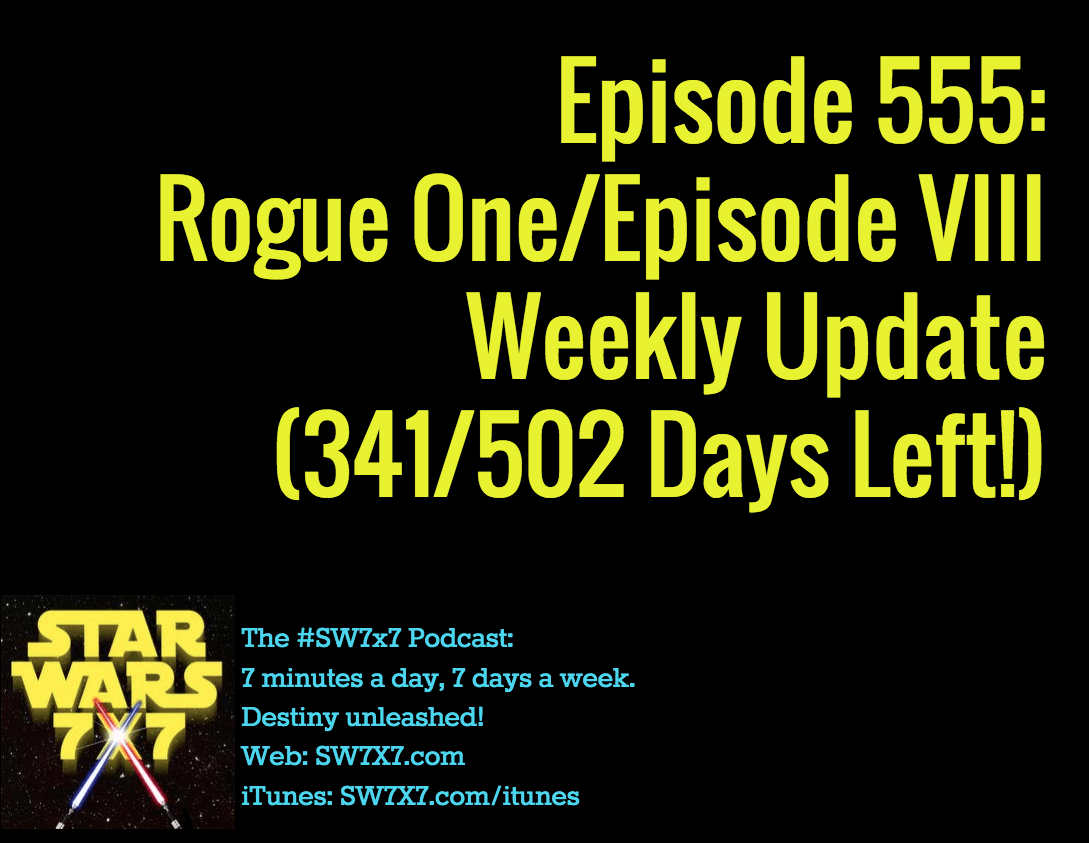 The Force Awakens is off to a roaring start in China – to the tune of an estimated $33 million on Saturday, the biggest China box office opening ever on a Saturday, and also Disney’s biggest Chinese opening. Pretty neat stuff…

But in the meantime, two other movies are coming down the pike. Let’s see what’s up with them this week!

Other actors from Rogue One (Making Star Wars, via /Film)

Today’s question: What’s the name of the planet where Rey finds Luke at the end of The Force Awakens?