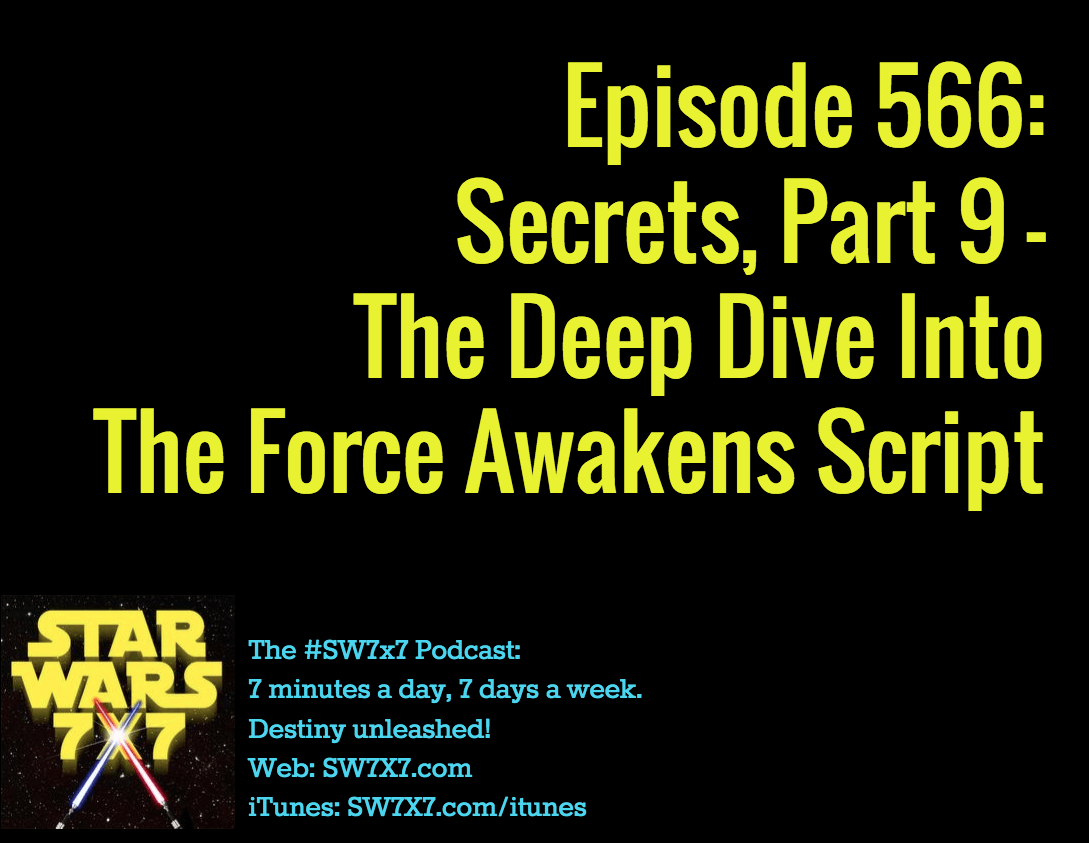 Rey has an incredible series of visions in Star Wars: The Force Awakens, and there’s a bit more information in the script compared to what we see onscreen. It’s information that, frankly, opens up a whole set of new questions.

If you operate from the presumption that what Rey is experiencing is the Force power of psychometry, where she can sense the history of an object she touches, then the lightsaber has to be present in any scene in her vision. It’s certainly true with the shots from Cloud City and Starkiller Base, for example.

So that means the lightsaber is present when we see Luke at the “burning temple” (yup, that’s with the script says it is). So, how did he get his lightsaber back???

And then there’s the scene of the Knights of Ren together in the rain – but is Luke there, too? Or has his lightsaber passed on from him to someone else at that point? The visions “seem” to move from past to future, but we can’t guarantee that it happens in that linear a fashion.

Kylo Ren is also described as killing a “warrior” – not a “Jedi” of any kind, just a garden-variety warrior. So that whole thing about an apprentice turning on Luke and destroying it all? Still open to interpretation. But it seems that the rain scene might not, in fact, be a scene with the destruction of the fledgling Jedi academy.

We’ll get into it all in the podcast for you. Have a listen here, get it on iTunes, or search “Star Wars 7×7” on your favorite podcast app!

Today’s question: What’s the name of the droid which alerts the Resistance to BB-8’s arrival on Takodana?