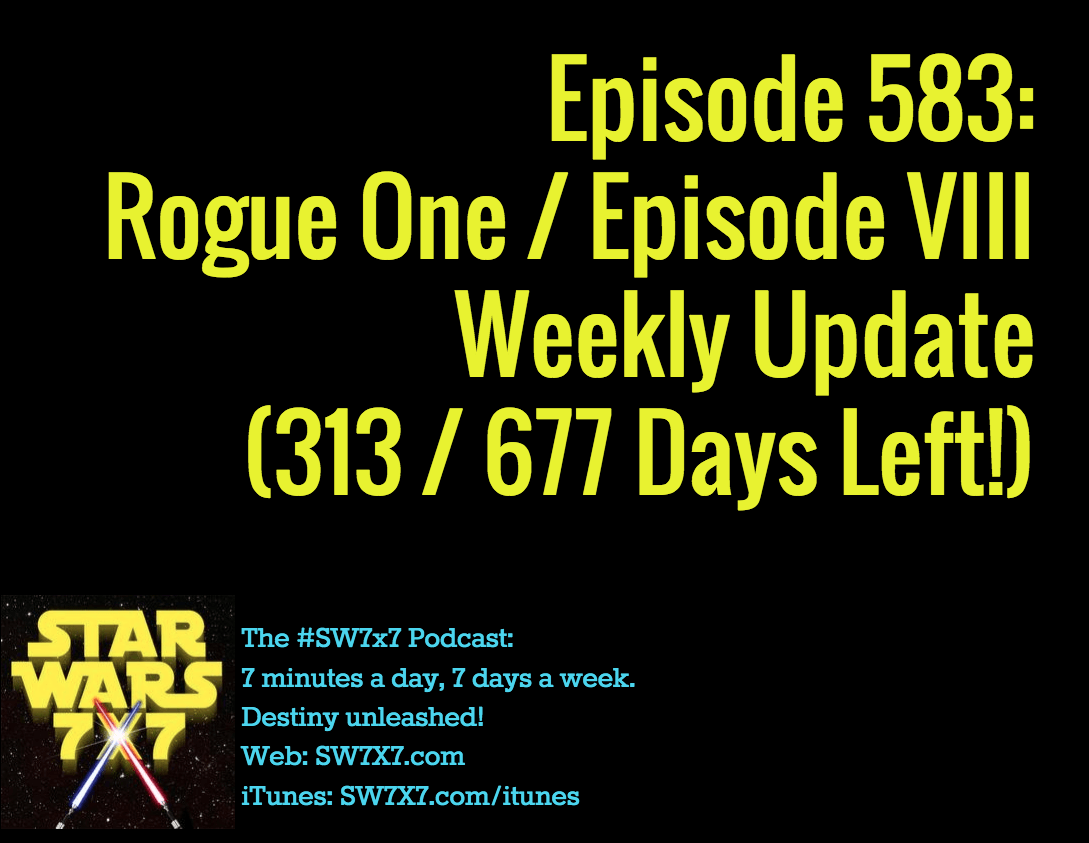 All the Rogue One and Star Wars Episode VIII news that’s fit to link! Here we go…

Potential biggest spoilers of the week: What Felicity Jones and Diego Luna might get up to in Rogue One, as well as code names for different sets of characters (Making Star Wars)

Where in Croatia might they be filming for Episode VIII? (Star Wars News Net)

What, exactly, John Boyega might be getting “ripped” for (Star Wars News Net)

Today’s question: What kind of creature is drinking from a pool of dirty water on Jakku?