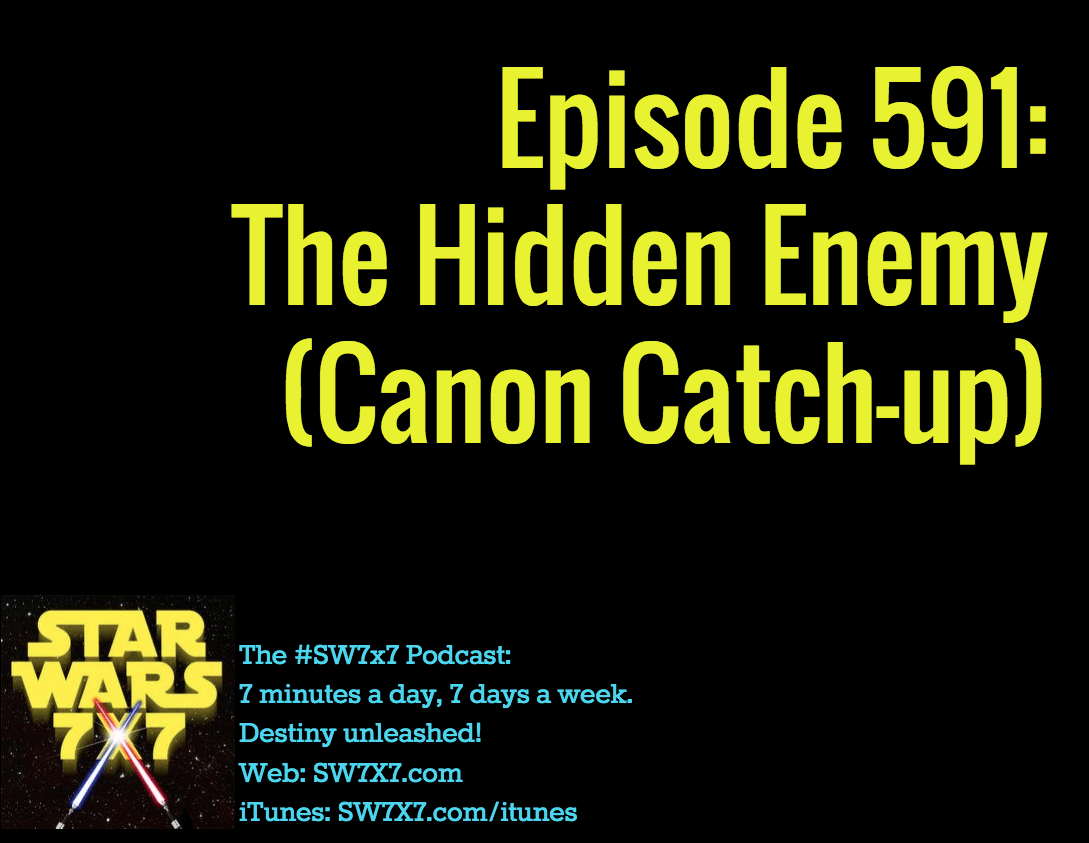 Yup, you’re seeing that right. There’s a pinup girl poster in one of the clone trooper barracks in Star Wars: The Clone Wars, Season 1, Episode 16: “The Hidden Enemy.”

Which raises an interesting question about the clones that goes a bit beyond the bounds of the family friendly podcast here – are the clones interested in canoodling, or are they programmed not to be? Seems like, with the presence of the poster, that it’s a possibility for them, but I guess we’ll have to see if the topic ever comes up again in the series.

The hidden enemy in this episode – a clone traitor – also raises the uncomfortable question of slavery as part of his rationale for betraying the Republic. We’ve got his monologue excerpted in the podcast today, and I’d love to hear from you about it. Do you think the clones were essentially slaves?

On a smaller note: One of the clones in this episode is nicknamed “Chopper,” which is also the name of the astromech in Star Wars Rebels – funny to see it show up here, years before. And Chopper is, oddly, collecting droid fingers as a souvenir of his battles. He’s immediately reprimanded about it, wiht the words, “I knew there was something deficient about you.” Even the choice of word, “deficient,” speaks of clones as something less than human or sentient. You’d normally say “odd” or “strange” or “weird” or some synonym thereof. But “deficient”? Very dehumanized phrase.

Today’s question: In what system is the Resistance base in The Force Awakens?