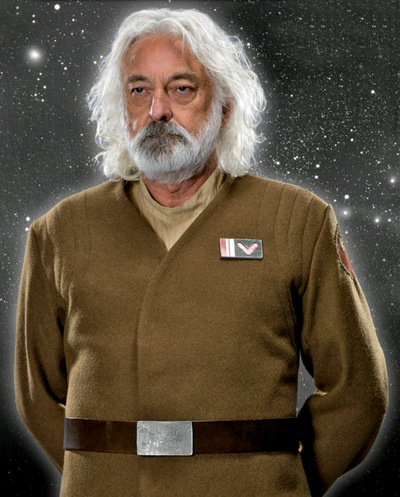 Meet Major Ematt, the primary “hint,” as it were, in the “Journey to The Force Awakens” book Smuggler’s Run, released on Force Friday last September. (Photo via Wookieepedia)

In the book, Ematt is a lieutenant on a secret mission to find the Rebel Alliance a new base, since the Yavin Base was compromised in the events of Star Wars, aka A New Hope. In The Force Awakens, Ematt shows up as a character in the Resistance Base on D’Qar – and, for all we know, will be again tasked with finding a new base, since the First Order now knows the Resistance is on D’Qar.

Smuggler’s Run is also bookended by a short story split into halves, featuring an older Han and Chewie from a time period closer to The Force Awakens itself. Ducain and the Irving Boys, who Rey mentions in the list of hands through which the Millennium Falcon has passed prior to her and Finn stealing it from Unkar Plutt, get named-checked in the ending of the short story as well.

Now, here’s the question I have for you – do you think you will appreciate any stories involving Han Solo more, since (spoiler alert!) he was killed in The Force Awakens? Share your thoughts about it in the comments!

Yesterday’s answer: She chopped off the rathtar’s tentacles by closing a blast door on them

Today’s question: How many portions did Unkar Plutt offer Rey for BB-8?