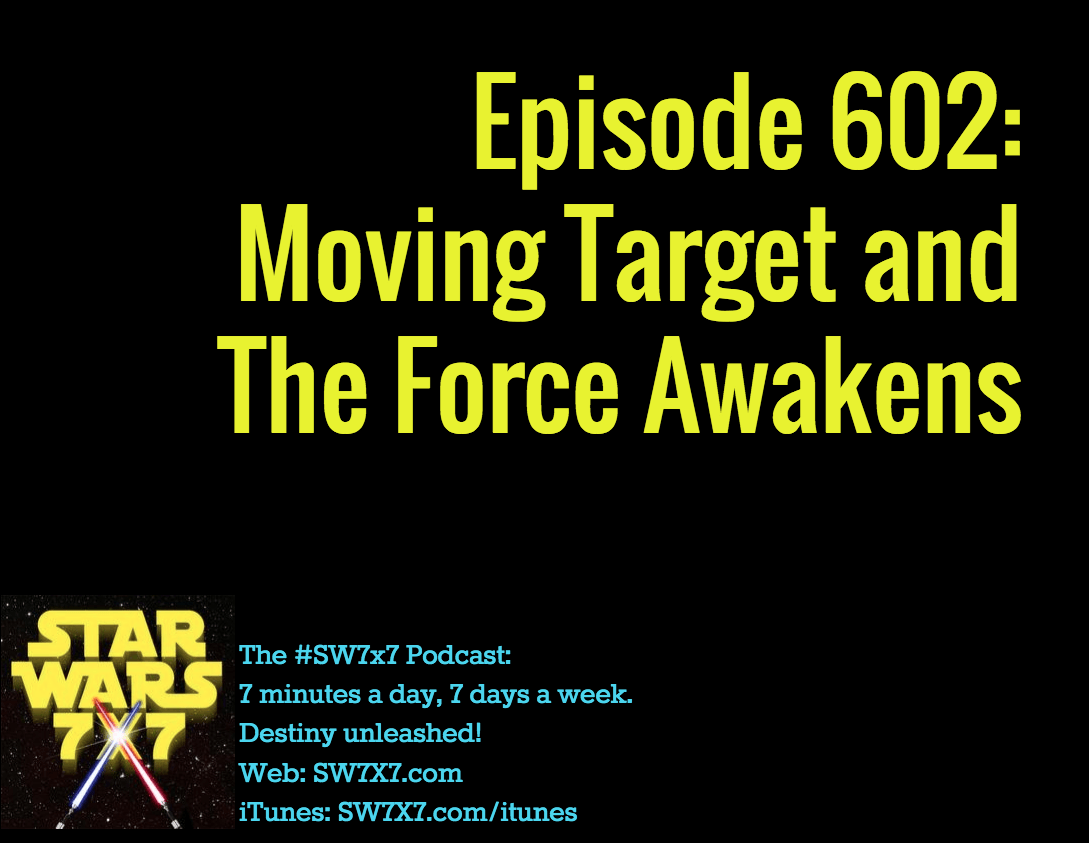 Earlier this week we talked about Smuggler’s Run and the clues and secrets about The Force Awakens held inside it. Today’s podcast is covering another of the novels released on Force Friday (9/4/15) as part of the Journey to The Force Awakens, Moving Target.

As with Smuggler’s Run and Weapon of a Jedi, there’s a story that bookends the main novel. In this case, Princess Leia is being asked by PZ-4CO (a new droid which appears in The Force Awakens) to do something that’s been asked of her for a while – to start writing her memoirs. Seems a little early in the game, doesn’t it? Especially since she showed no signs of retiring in The Force Awakens.

But leaving that aside, the only ties in the novel itself are appearances by Ematt (then a lieutenant, also seen in Smuggler’s Run, who eventually becomes Major Ematt in The Force Awakens), and Nien Numb, who also shows up in TFA, but whose presence here is linked more to Return of the Jedi, in which he also appears.

Speaking of, the story is all about sending Princess Leia on a decoy mission to draw the Empire far away from Sullust, where the Rebel Alliance is massing for their attack on Death Star II. And incidentally, if you’ve ever been curious as to how the Alliance acquired the shuttle Tydirium used in the insertion of the Rebel strike team onto Endor, then you’ll get your answer in this novel.

It’s also a very diverse crew, species-wise, with which Leia works, which makes it feel closer to Jedi in tone, since Chewie is the only non-human, non-droid we see working with the Rebels in either Star Wars (aka A New Hope) or Empire.

The end of the bookend short story also makes mention of Poe Dameron and a mission to Jakku, which would put it days or even hours before the events of TFA – rather exciting, I’d say. Have you read it? Did you enjoy it? Share your thoughts in the comments!

Today’s question: What kind of drive does BB-8 have?