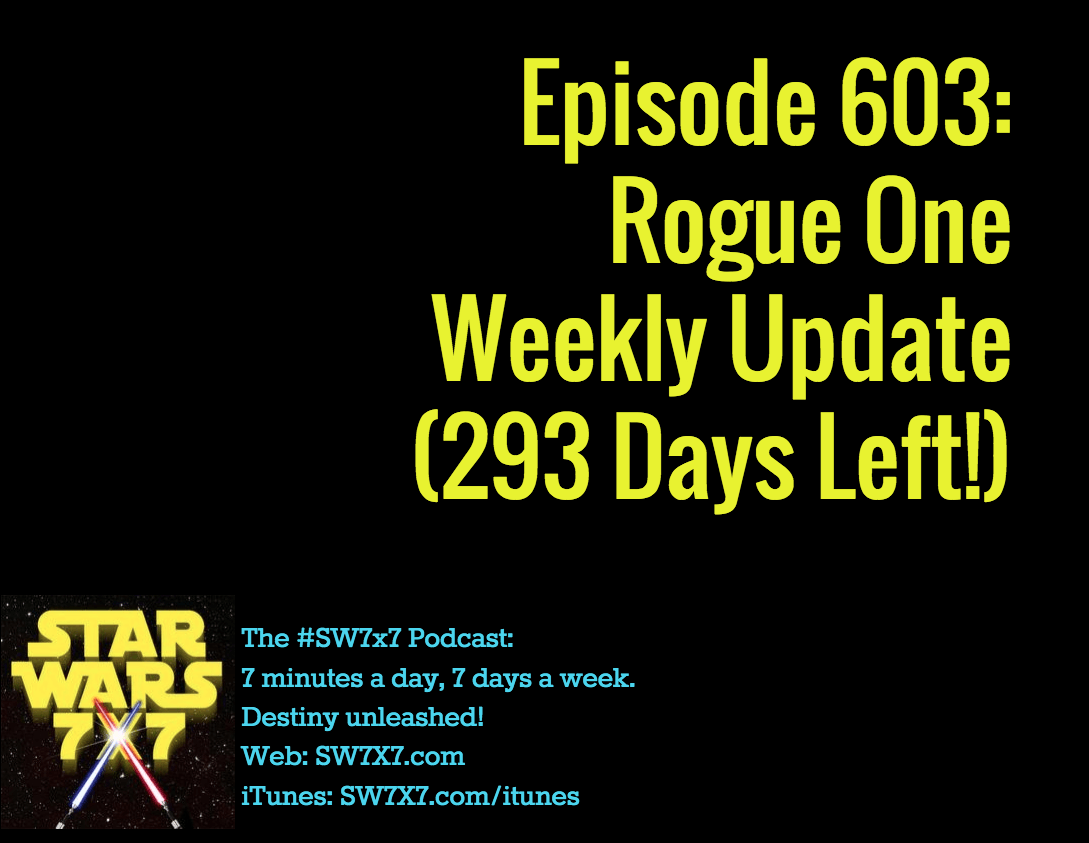 Normally we cover the updates to Rogue One: A Star Wars Story and Star Wars Episode VIII in one episode, but this week we’re testing out a split of those updates into their own separate episodes. Let us know what you think in the comments!

Rogue One trailer rumors (Cinelinx, via Dork Side of the Force)

Rooney Mara interview, in which she discusses a Rogue One meeting (Deadline)

Mads Mikkelsen brief interview comment about his Rogue One character (via ComicBook.com)

Today’s question: When Rey and Finn met Han Solo, one of them thought Solo was a famous smuggler, and the other thought he was a famous Rebel general. Which one believed which version?