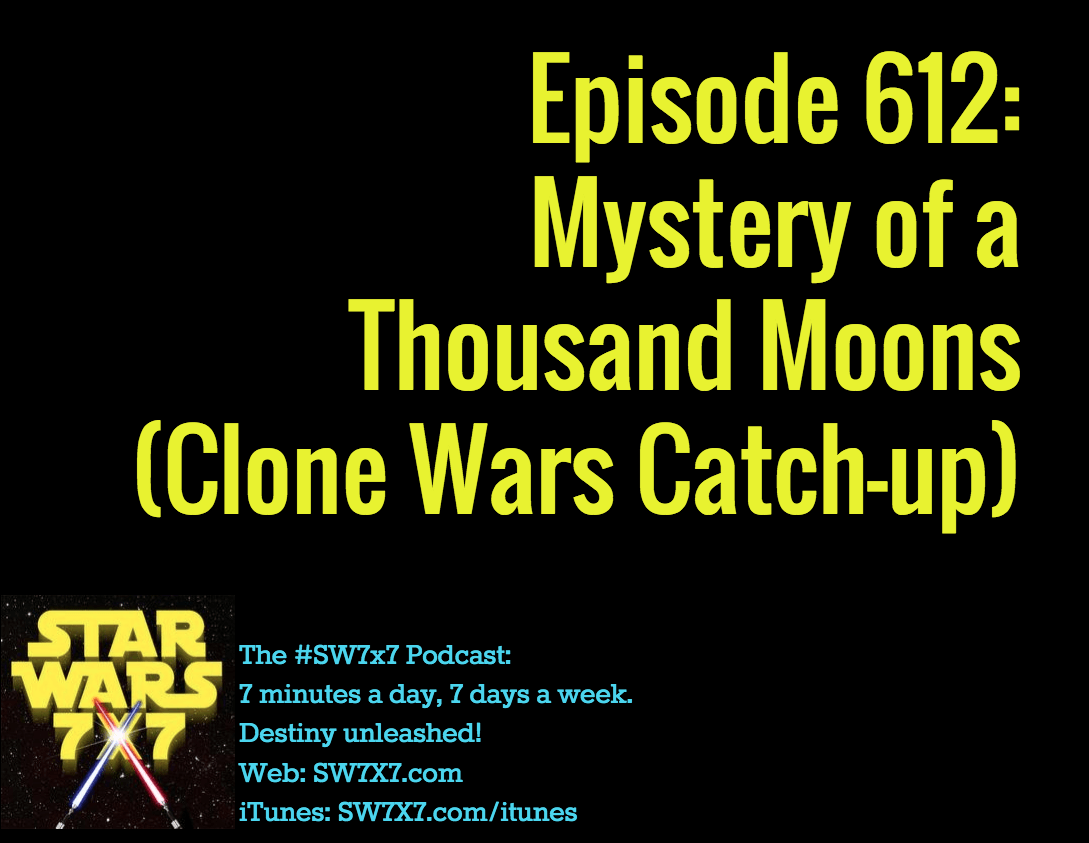 Next up on our Clone Wars catch-up series is “Mystery of a Thousand Moons,” episode 18 from Season 1. In it, a robot with the last unaccounted-for vial of Blue Shadow Virus manages to detonate it inside the underground lab on Naboo. The lab is sealed off, but Ahsoka and some clone troopers are exposed.

Padme and Jar Jar are still in containment suits, and team up with Ahsoka and the clones to keep the battle droids from breaking out of the lab and releasing the virus. In a battle, Jar Jar nearly shoots Ahsoka, and to protect her, Padme dives on Jar Jar, knocking him over but breaching her own contamination suit in the process. Jar Jar strikes again!

Meanwhile, Obi-Wan finally gives Anakin a weird look when Anakin rails on about needing to save Padme, but that’s all it amounts to this time around. R2-D2 pilots a bunch of vulture droids, Obi and Ani go to a planet for a root that could make the antidote and solve a haunted planet problem that really isn’t a ghost story after all. And after Padme tells Obi that Jar Jar needs blaster training – and Obi relays the exciting news to Jar Jar – Captain Rex flat-out refuses to be the one to train Jar Jar. Finally, someone with some common sense!

Today’s question: When Luke Skywalker “walked away from it all,” what did he go in search of?