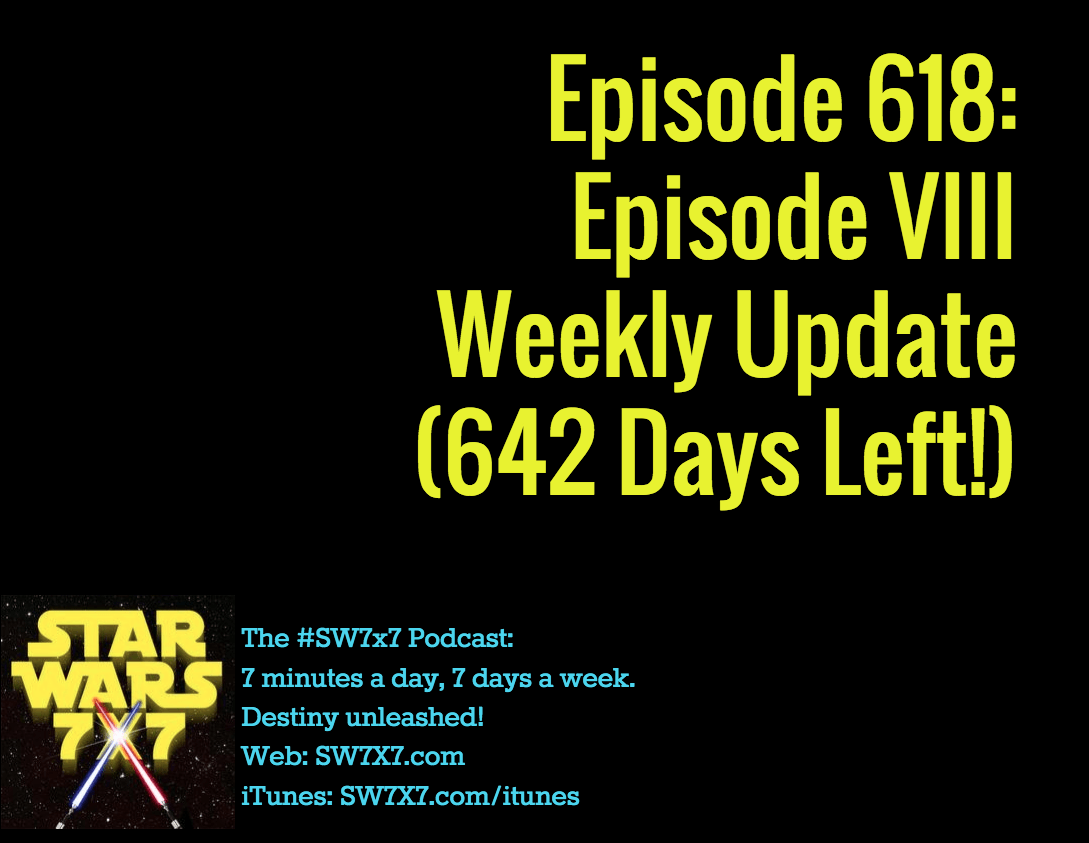 It’s been a busy week on Star Wars Episode VIII! There’s been filming happening in Croatia, a new location being scouted in Ireland, and Daisy Ridley has been capturing people’s attention yet again. Here’s one of the most recent moments, an interview with Entertainment Tonight. She’ll dish about Rian Johnson being more “cheeky” with tidbits from the set than J.J. Abrams was, address the pre-Force Awakens rumors about her parentage (read into it what you will), and whether she thinks Finn has Force abilities.

And here’s an example of Rian’s cheekiness – a shot of the cockpit of the Falcon, presumably from Pinewood Studios:

And here’s what else is cooking this week!

Star Wars Dubrovnik – posting photos and video from Croatia like crazy, without regard to spoilers, to check it out at your own risk (I haven’t seen anything yet that spoils major characters or plot details, FWIW)

Today’s question: Can you name at least three ways Captain Phasma’s appearance differs from that of a standard First Order Stormtrooper?