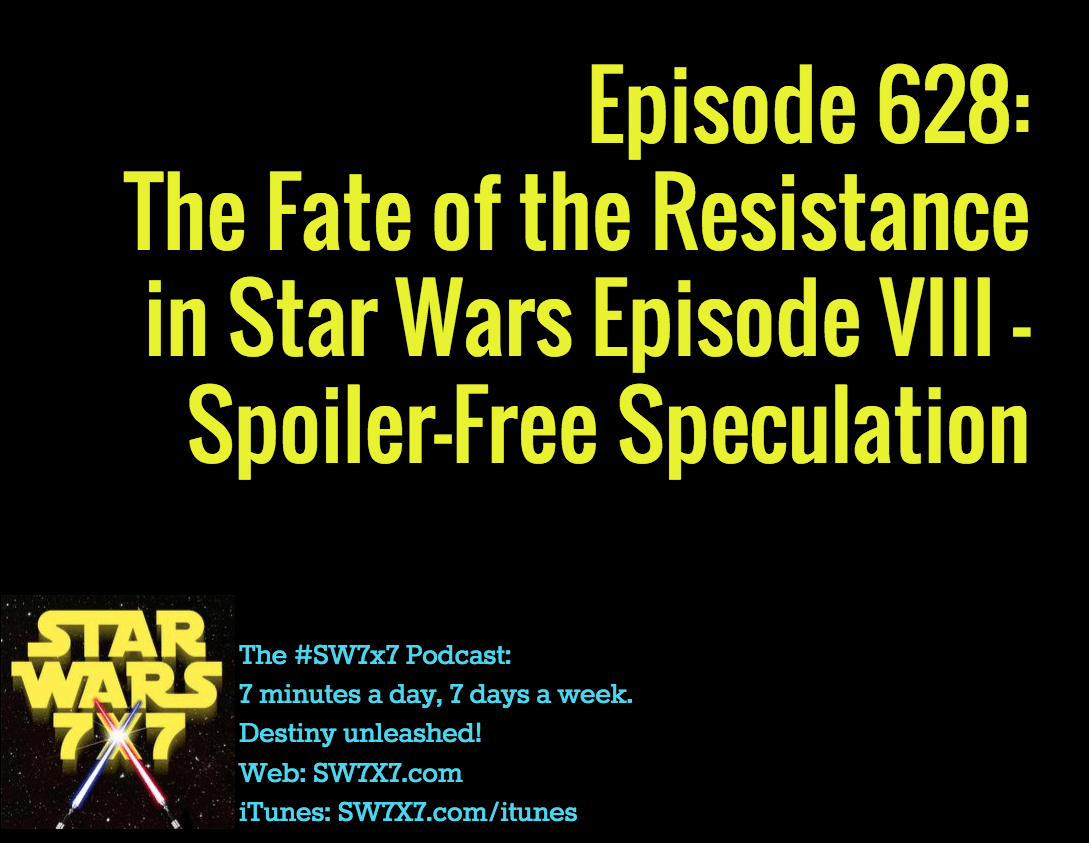 It’s round 2 of our look at the possible plot lines and story situations for Star Wars Episode VIII – spoiler-free, so you don’t have to worry about hearing things from rumormongers and secret leakers and such.

But what then? Unless they have some capital ships lurking around (and it didn’t seem like that was the case in The Force Awakens), the Resistance is seriously weakened. They lost a lot of ships in the Starkiller Base attack – only seven X-wings made it back. Even if the rebuilding New Republic (a New New Republic?) asked the Resistance to provide military support and protection in this unstable time, would the Resistance be able to do it? Is it even possible for them to protect themselves, let alone anyone else?

However, there were some Senators quietly funneling support to the Resistance prior to The Force Awakens. It’s possible their systems could step up their support in the wake of the Hosnian destruction, whether in funds or materiel or troops or ships, or some combination of all of that. And maybe many other systems will rally around the Resistance, as some systems rallied around the Rebel Alliance during the final days of the battle against the Empire. Wouldn’t that be grand?

I’ve gotta say, though, there’s a lot of “ifs” in there. What do YOU think will happen to the Resistance in Episode VIII? Share your thoughts in the comments!

Yesterday’s answer: It punched a “Big Rip” through hyperspace

Today’s question: How many bloody finger marks are on Finn’s stormtrooper helmet?