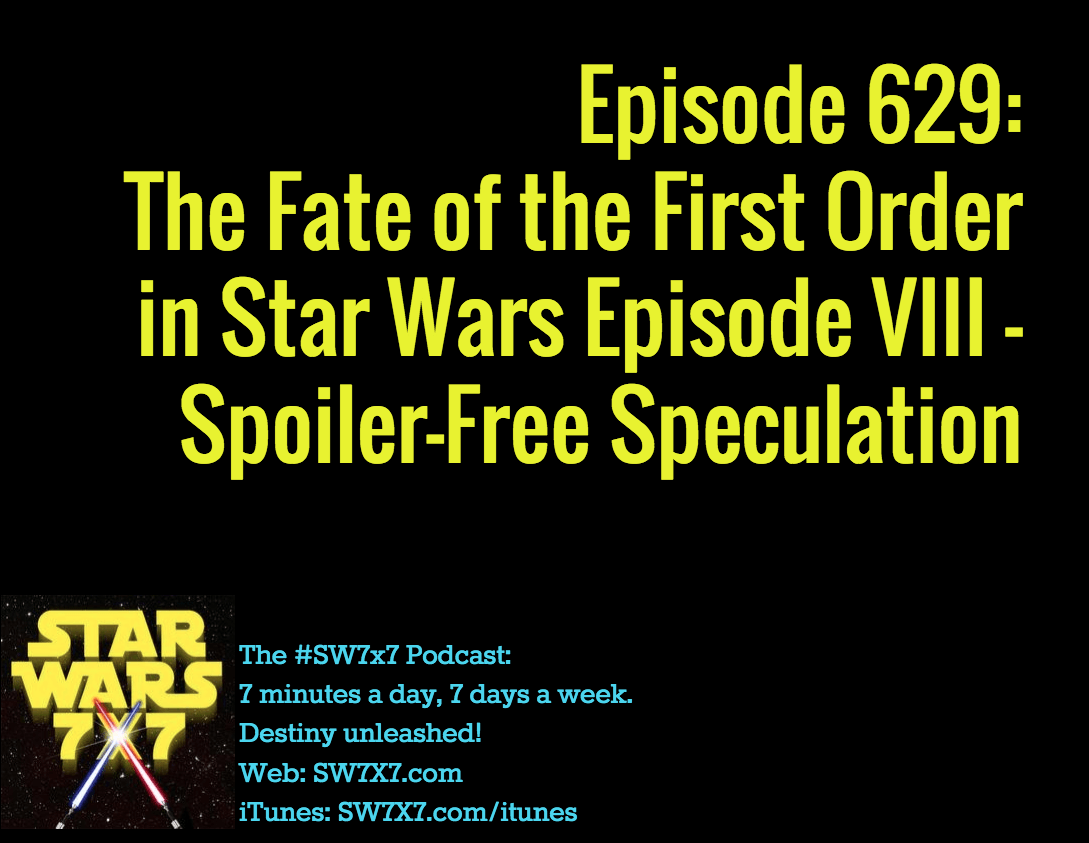 Welcome back! Our series on Star Wars Episode VIII continues with spoiler-free speculation about possible plotlines and story situations for major players in The Force Awakens.

Today, we’re talking about the First Order, and how much bigger it is than we necessarily see in The Force Awakens. Just like the Empire in A New Hope, there’s not much to the First Order on first blush. It’s only after you get into The Empire Strikes Back that you get a better sense of the size of the threat. And it sure looks like they’re setting up that same kind of situation for Episode VIII.

Do you think they’ll send thousands of probe droids across the galaxy to find Luke? Was there a new homing beacon attached to the Falcon on Starkiller Base as a back up plan? What are your thoughts about the future of the First Order? Have your say in the comments!

Today’s question: When do we first see Finn without his helmet?