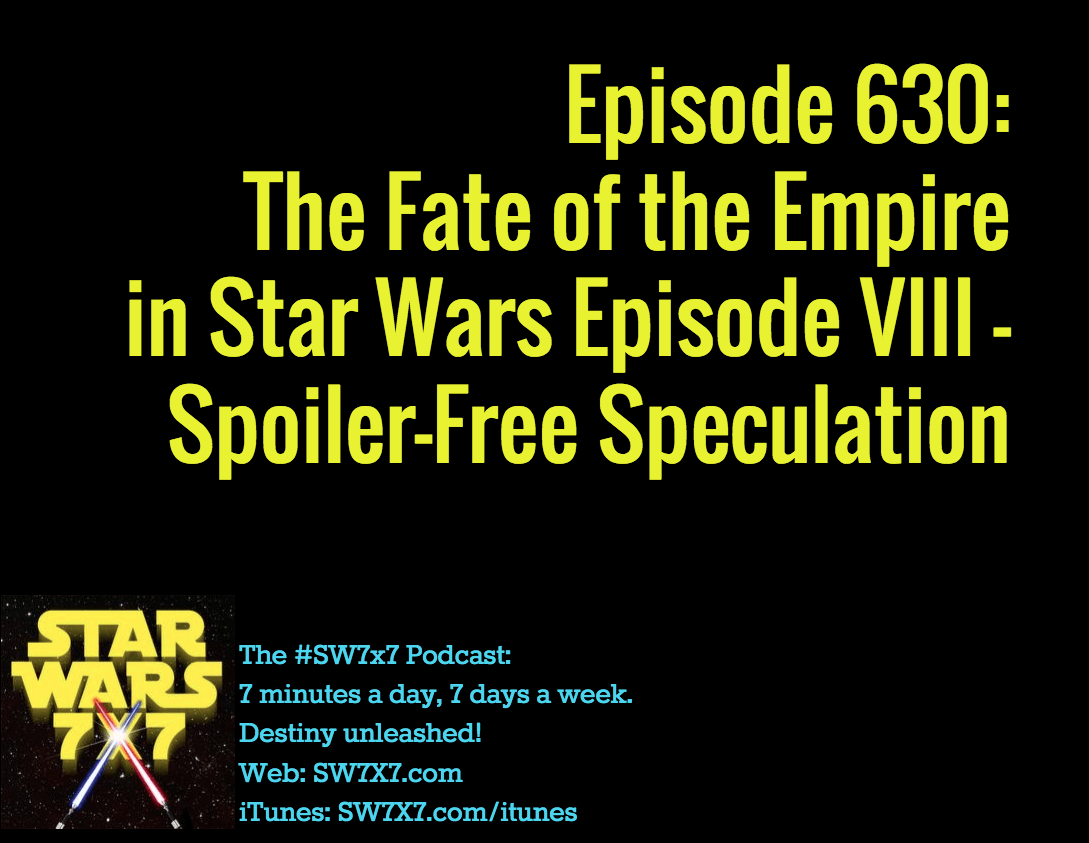 We’re rounding out the week of looking at factions in the Star Wars universe and how they may fare in Episode VIII with a spotlight on the Galactic Empire.

Yes, that Empire. They were forced into a specific territory within the Core and Inner Rim worlds, demilitarized, told not to build any new stormtrooper armies or starfleets, and forced to pay massive reparations. According to The Force Awakens Visual Dictionary, the Empire after the Galactic Concordance has withered down to a bunch of old hard-liners locked in a cold war against the New Republic. Many in the Imperial space had jumped out to the Unknown Regions when it became apparent the Empire was going to lose at Jakku.

What does any good action movie worth its salt going to do to up the ante in the sequel? Two villains instead of one. I’m not saying it’s likely, just that it’s eminently possible.

What do you think? Will the Empire be back for Episode VIII? Share your thoughts in the comments!

Yesterday’s answer: In a troop transport, in a hangar bay on the Finalizer after the Tuanul massacre

Today’s question: What’s the name of the bright yellow cargo droid at the Resistance base?