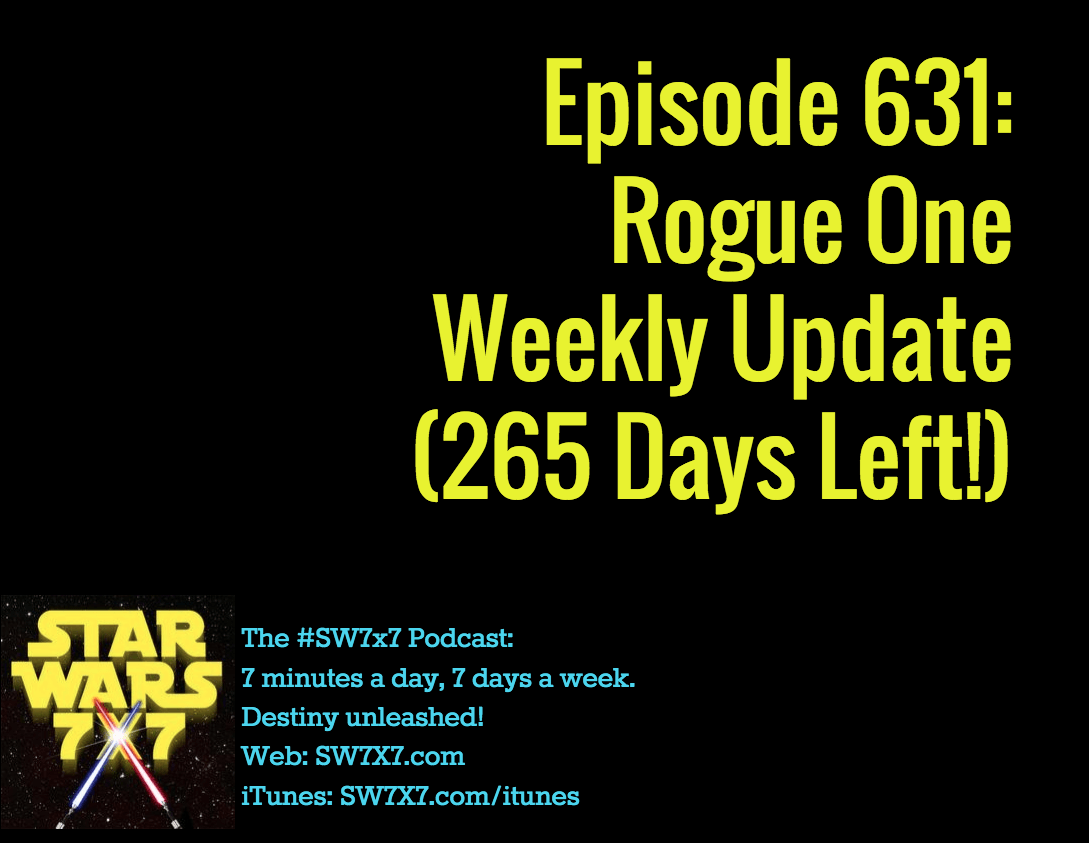 Another week, another seven days without the first trailer for Rogue One: A Star Wars Story! And with the imminent release of the DVD of The Force Awakens, it sure doesn’t look like we’re going to see it in the next couple of weeks, either. That seems to lend a bit more credence to the folks who’ve been saying that we won’t see it until Captain America: Civil War debuts.

But as I’ve pointed out before, in the new canon era, they’ve never debuted a trailer with a specific movie – it’s always been its own event. So we’ll just have to wait and see.

Meanwhile, there are only two brief updates about Rogue One this week. One of them has to do with Gary Whitta, the first scriptwriter for Rogue One, posting about how he’s working on another episode of Star Wars Rebels. If Lucasfilm is still working with him, that must mean the work he did on Rogue One was perfectly fine for what they needed, which provides a bit of relief. (In some quarters, there’s a bit of worry over the changes in writers, exacerbated by the current lack of footage.)

Meanwhile, a couple of months ago, Donnie Yen’s wife Cissy Yang posted a pic to Instagram which just getting attention paid to it this week. It’s of a certain vehicle, and in the caption of her photo she said, “Looks exactly like the real thing when visiting hubby on the set!” You’ll have to click through to find out what vehicle just in case you’re that spoiler averse. I will say, however, that once I saw it, it put this concept image shown at Star Wars Celebration Anaheim in a whole new light: 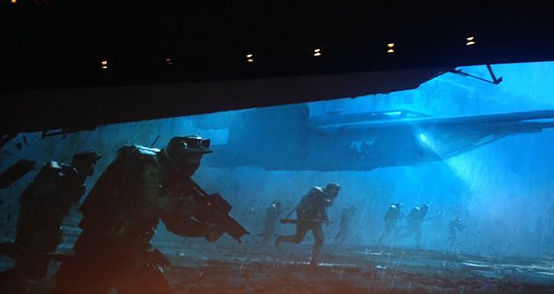 Today’s question: Whose character name may have been inspired by a Beastie Boys album?