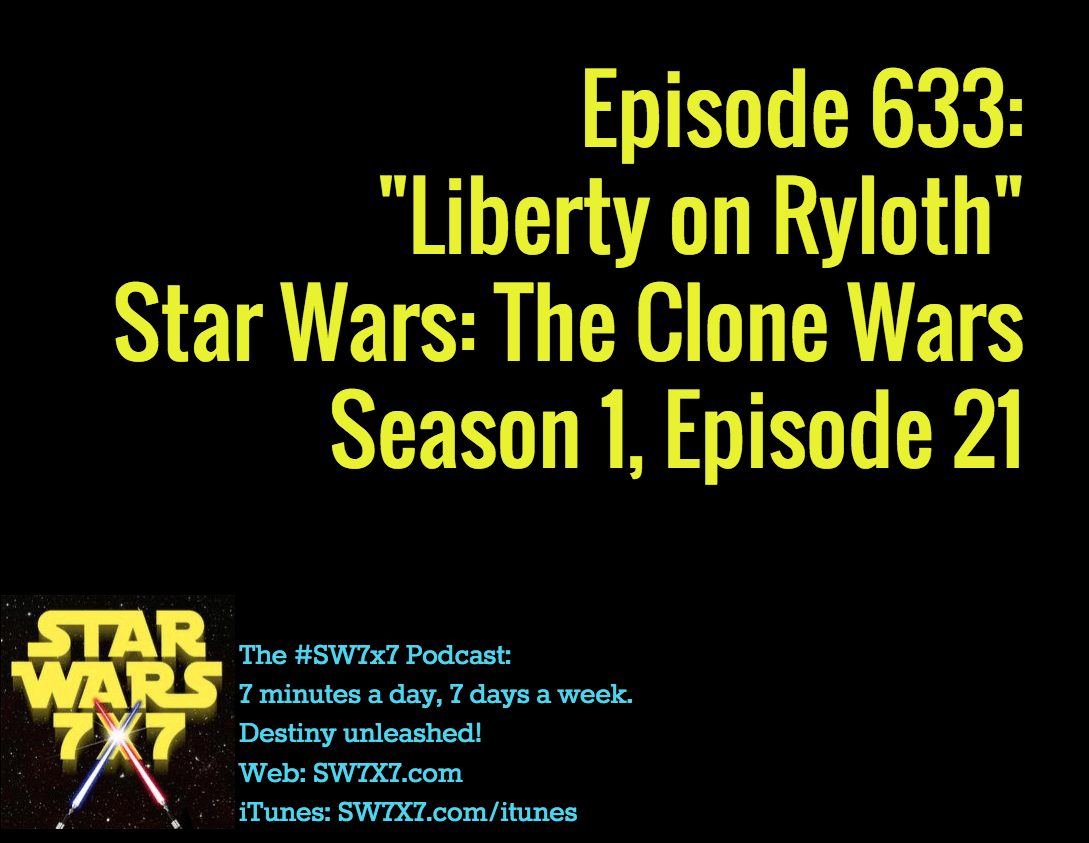 Welcome back to another Clone Wars briefing! We’re finishing up the three-episode arc with “Liberty on Ryloth,” episode 21 of season 1 of Star Wars: The Clone Wars.

Anakin and Ahsoka took center stage in the first episode, and Obi-Wan led the charge in the second. This time, Mace Windu gets his turn in the spotlight, leading the final assault on the Separatists and the droid army in control of Ryloth’s capital city, Lessu.

This episode is also particularly notable for the introduction of General Cham Syndulla, a freedom fighter on Ryloth who is also a main character in the new canon novel Lords of the Sith. Another character, Gobi, appears in both this episode and in the novel. And just as important – if not more so – is the fact that we see an unnamed little girl rush into Cham’s arms during the episode, and that same girl is in the victory parade at the end. I’ve got every reason to think that must be Hera Syndulla from Star Wars Rebels and the first new canon novel, A New Dawn.

What did you think of the episode? Did you remember Hera was in it? Share your thoughts in the comments!

Today’s question: What did R2-D2 do after Luke Skywalker disappeared?