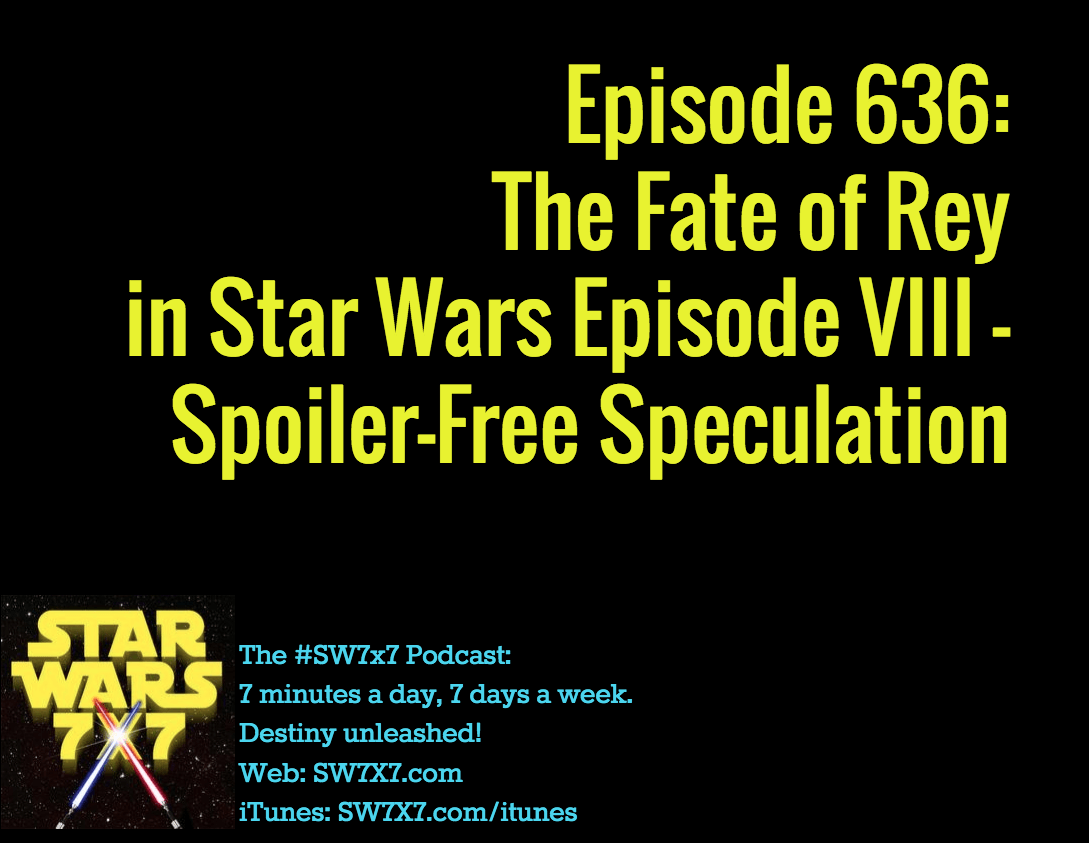 Rey – who’s made it to the “Duel of the Eights” (haha!) round in the StarWars.com “This Is Madness” character tournament, defeated Princess Leia to get there! Now she faces former champion Yoda to move on, and I guess we’ll see what she’s really made of when that matchup begins.

Rey is also the subject of our spoiler-free speculation about Star Wars Episode VIII today, and on the face of it, her journey looks like it could bear a lot of resemblance to Luke’s journey in The Empire Strikes Back. Both had Artoo with them, both had to go to a remote planet strong in the Force, and where there were few (if any) other sentient creatures on either.

We can also guess that, with Finn in a coma and her off to Ahch-to with Luke, that they won’t be seeing much of each other during Episode VIII. And one last thing to infer: If the structure for the Episode VIII script is at all similar to how the script for The Force Awakens is set up, then it’s a safe bet to say Rey will fight Kylo Ren again, and that things could go badly for her. As in, she loses the fight, as Luke did in Empire.

What do YOU think will happen to Rey in Episode VIII? Share your thoughts in the comments!

Yesterday’s answer: Twice – once for Rey, and once for Han

Today’s question: When Rey first mentions the Millennium Falcon onscreen, what does she call it?