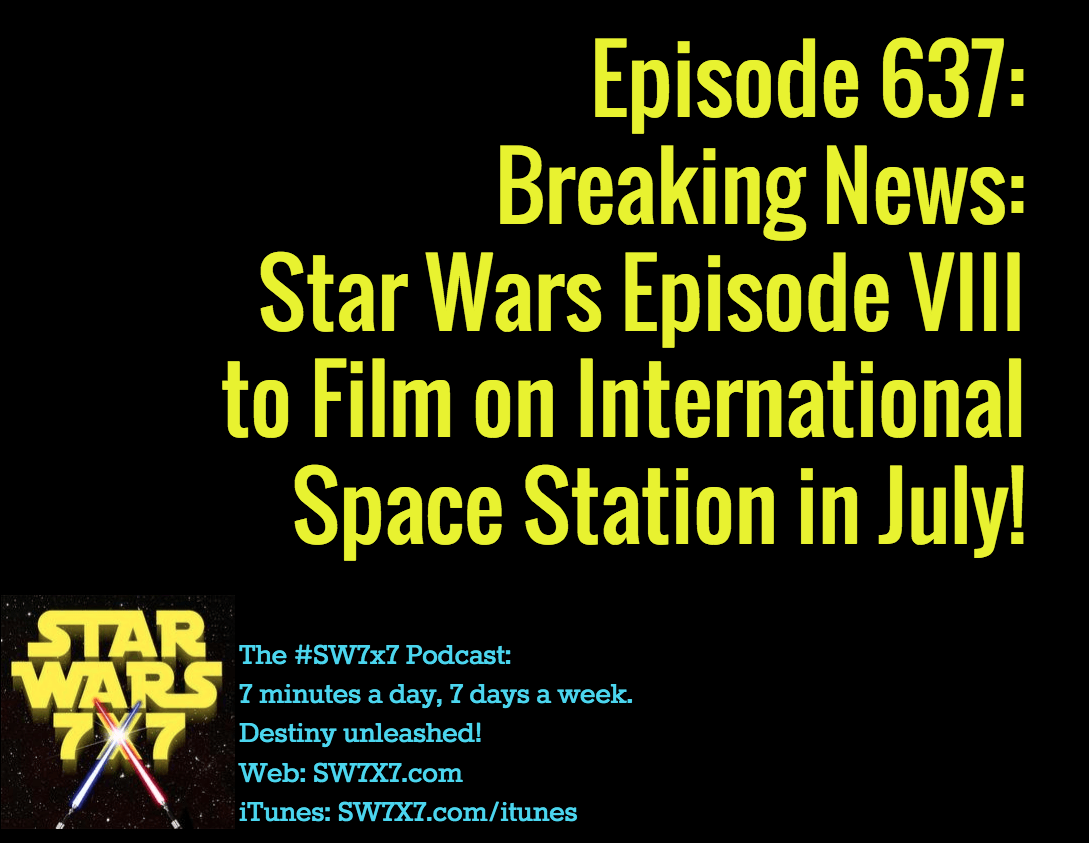 Tremendously exciting news! Colin Trevorrow, director of Star Wars Episode IX, has already talked about his desire to shoot footage in space, at the Sundance Film Festival earlier this year. Well, it seems Lucasfilm is already paving the way for him.

A SpaceX rocket is heading to the International Space Station (ISS) next week, and onboard is something new – an inflatable module that can be attached to the ISS to create more “space” in space for them. What’s even more exciting, however, is how the module will be used once it’s been tested and verified as safe.

Part of the payload of that rocket will also include filming equipment for the Star Wars Episode VIII crew – that’s right, not Episode IX, it’s for Episode VIII – to film scenes in space for the movie coming out in December 2017!

A small film crew will be going up to the ISS in July, along with two actors from the production. And I’ve gotta say, if they’re going to be up there in July, doesn’t it seem like there’s a very good chance that they could do a live broadcast from the ISS down to the fans at Star Wars Celebration Europe?

We’ll keep this post spoiler free, but if listen toward the end of the podcast (after the trivia portion), you can hear which two actors are rumored to be heading to space for filming – which would explain some of what they’ve been posting on social media these past couple of months.

Today’s question: How many times has Han Solo not delivered for Kanjiklub’s Tasu Leech?

Oh, and one other thing. We have a special secret message for you today! Pick any Auerbesh translator via Google search to decode the message…