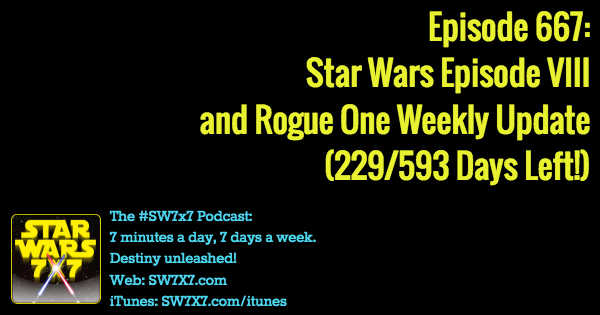 There’s been one HUGE reveal by Mads Mikkelsen about his Rogue One character (which actually verifies a previous rumor), and mostly other peeks into the workings of Episode VIII. Let’s get to the news!

Mads Mikkelsen doubles down on his original leak (Evening Standard)

Pablo Hidalgo debunks Rogue One Snoke rumor (via his Twitter)

Yesterday’s answer: “I can show you the ways of the Force.”