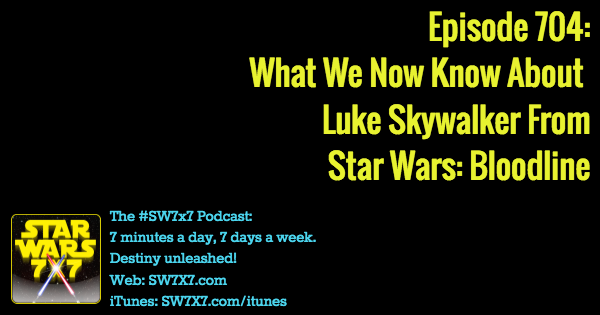 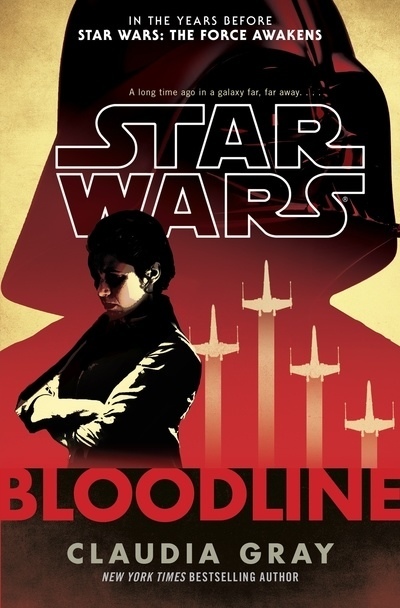 So, what can we learn about Luke Skywalker’s vanishing act thanks to Star Wars Bloodline, the new novel by Claudia Gray?

Plenty it seems, though it also seems to deepen the mystery as much as it may reveal. Below, you’ll find snippets of conversation and narrative that appear in the book, all of which are related to Luke Skywalker (though some also refer to others.

Luke’s last message to her had been a while ago, and badly corrupted by radiation interference; wherever they were in the galaxy, they were cut off from communication for the time being.

The truth of Vader’s identity had shattered her; she could not imagine what it might mean to Ben. At least Luke could tell Ben the most important part – that Vader had, in the end, been redeemed.

Gatalenta had been one of Luke’s first destinations when he began his research into the Jedi Knights of old. Tai-Lin continued, “If that is true, then you might have the potential, just like your brother.” And my son, [Leia] thought but did not say.

Skywalker had been so long away on his strange quest for the lore of the Jedi that he no longer had much influence outside his own acolytes. He was a figure of myth more than one of flesh and blood.

…the famous Luke Skywalker, who has been little seen in the public sphere for many years now…if he uses his rumored strength in the Force for evil, how could we ever defend against him?

Since the Rebellion, Skywalker has lived a private life. He has asked no more of the New Republic than any of its other citizens, nor have we just cause to ask more of him than the substantial service he has already given.

…never before had her separations from Han, Ben, and Luke been more difficult to bear.

Yesterday’s answer: It’s implied they drop her in a trash chute leading to a trash compactor.

Today’s question: With what do Han, Finn, and Chewie need Phasma’s help?