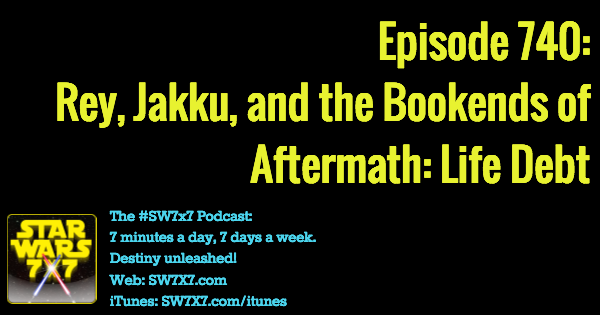 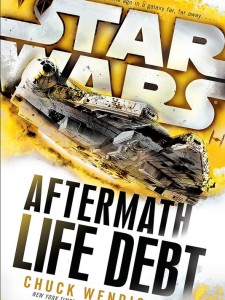 Okay, first thing’s first: the podcast (and this post) talk about content from Aftermath: Life Debt, the new novel by Chuck Wendig. Since it came out yesterday, you might not have read it all yet. But what we’re covering in today’s podcast has little (if anything) to do with the plot of the book. But it may have a major effect on what we know about Rey, Jakku, and the galaxy.

The prologue and the epilogue of the novel take place at about 26 BBY (mistakenly flagged as 34 BBY in the podcast), which is six years after the events of Phantom Menace and four years before Attack of the Clones. We find out that the shadowy character pulling the strings of the Empire’s remnant force is actually from Jakku, and was given a job by Palpatine himself to carry out on Jakku. Seems ol’ Sheev is having something built underground there…

But what could it be? There’s reference to a secret Imperial research base and weapons facility on Jakku, but knowing Palpatine, nothing is that simple. And hopefully, we’ll find out what it is in the third Aftermath novel, Empire’s End, due out next year.

That said, the passages lead to some pretty interesting speculation possibilities:

1. Since that shadowy figure was born on Jakku, and raised in an orphanage, does that mean it’s possible we’ve been looking at Rey all wrong – that she, too, could have been born on Jakku and left there, instead of being born somewhere else and being dropped off?

2. There are references to “anchorites” – religious recluses, in our language – operating the orphanage on Jakku. They don’t seem to be “Church of the Force” people like Lor San Tekka and his crew. But are they Force affiliated at all?

3. What the heck kind of long con is Palpatine playing on this one? It took decades to maneuver himself into holding ultimate power – I think he’s plenty patient for whatever this is.

4. Even though it’s Legends now, Palpatine says Jakku was important a thousand years ago – and in 1000 BBY, Darth Bane established the Rule of Two and rebooted the Sith after a war was believed to have wiped out all the Sith.

So, what do you think? Jogging any theories of your own? Share them in the comments!

Yesterday’s answer: To submit his blaster for inspection

Today’s question: What’s the second order Captain Phasma gave to Finn after their return to the Star Destroyer?