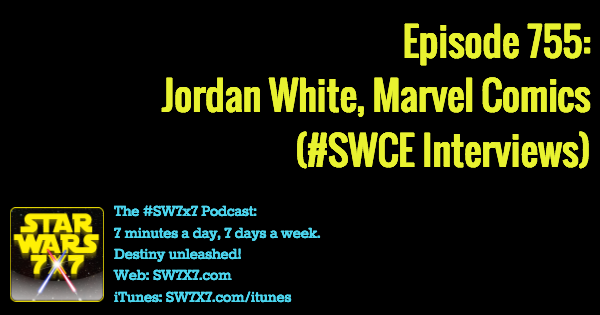 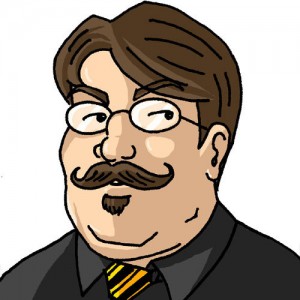 That’s Jordan White, courtesy of his Twitter account, and as you might have guessed, he’s the subject of today’s installment of our series of interviews from Star Wars Celebration Europe.

He’s also our second repeat Celebration interview, following after Matt Martin earlier this week. I caught up with him after the Marvel Comics panel at SWCE, where he was hanging back while writers and artists from the panel were signing comics for the fans. Unsung hero, you might say!

Have a listen to find out what he thinks is most exciting about Star Wars right now, and after you do, let us know what you think about the rumor that Alden Ehrenreich, the new young Han Solo, has been signed on for at least three movies. Will it be a trilogy? Or, if he’ll appear in the rumored Boba Fett movie (making that the second movie), what would be the subject of the third one? Have your say in the comments!

Today’s question: How much did Unkar Plutt offer Rey for the second set of doodads she brought for trade in The Force Awakens?