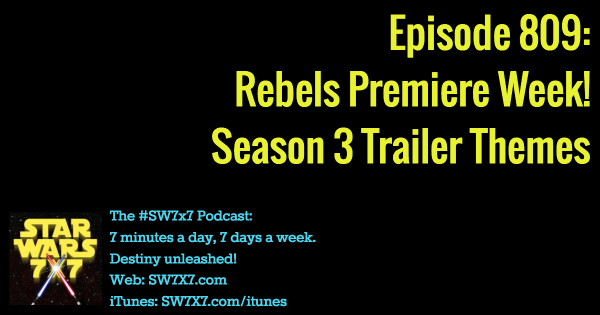 Embedded below is the trailer for season 3 of Star Wars Rebels. Rather than breaking down the trailer for you (as I did a couple of months ago), I’m looking at the trailer to see what major themes and story arcs are being hinted at – whether subtly or not so subtly – in the three-plus minutes of footage that spans the first part of the season. (Executive Producer Dave Filoni isn’t done with the season, so it’s very likely that anything planned for the back half of the season wouldn’t be available to be seen in the trailer.)

What do YOU think some of the major story arcs will be this season? Have your say in the comments!

Today’s question: What object had Rey just put on before hearing BB-8’s call for help?