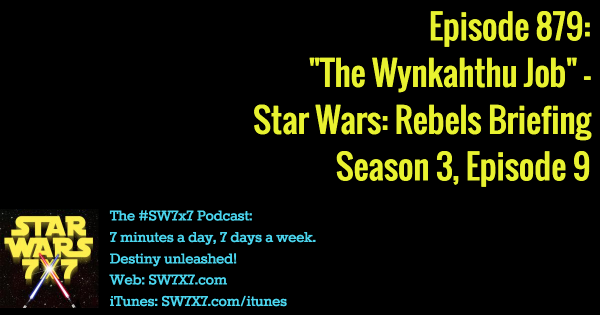 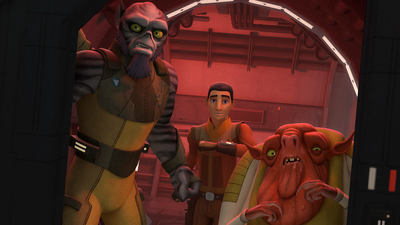 Welcome to another Star Wars Rebels Briefing! This time, I’m discussing “The Wynkahthu Job,” episode 9 from season 3 of the series. (Here’s the full episode rundown on Wookieepedia, from where the image also hails.)

I have to admit, I normally take notes of what I want to flag for the podcast while I’m watching the episode, but this time, I had to watch it twice, because I actually got sucked in while watching it!

The gist in brief (full spoilers): Hondo Ohnaka has another opportunity for the Rebels. The last one didn’t go so well, so naturally there’s reason to be suspicious. An Imperial cargo ship is in a deteriorating orbit above the planet Wynkahthu (and since I’ve been on a names kick recently, great name!). Among other items onboard are proton bombs needed by the Rebels. Unfortunately, Hondo’s partner is Azmorigan, the crime lord from whom Lando swindled a puffer pig in exchange for “selling” Hera to Azmorigan in slavery.

Turns out, Hondo already tried to salvage the cargo unsuccessfully, which caused him to turn to the rebels. And even though the “Rebels Recon” episode (embedded below) suggests that they are again forced to leave without their cargo, this time it’s Hondo and Azmorigan who don’t get what they came for. The rebels, on the other hand, get quite the stack of bombs as a result.

For me, this was one of the most fun episodes of the season so far, and written by Gary Whitta, no less, the author of the first draft of Rogue One. Action, adventure, surprises, comedy – it really had it all. I’d love to hear your thoughts about it in the comments!

Today’s question: What title does Leia not use anymore?