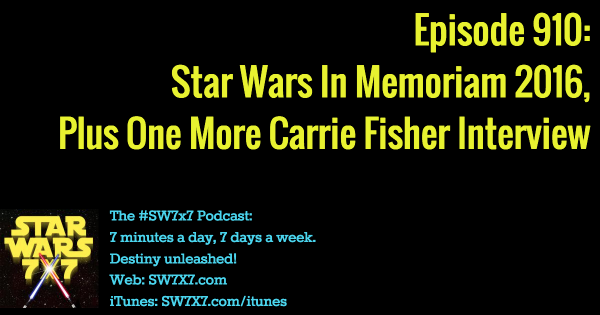 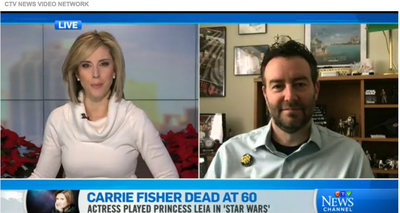 As much as I hesitate to say this, for fear of tempting fate, 2016 managed to give us one last kick in the teeth by taking Debbie Reynolds from us as well. The mother of Carrie Fisher and grandmother to Billie Lourd (you saw Billie as Lt. Connix in The Force Awakens), Debbie reportedly suffered a stroke the day after Carrie died. Debbie passed away not long afterward on Wednesday.

So I’m taking today to talk about the other members of the Star Wars family we lost this year, and sharing one more interview I did about Carrie’s passing. You can see the video from that broadcast embedded below, or find it here if the embed doesn’t show up for you.