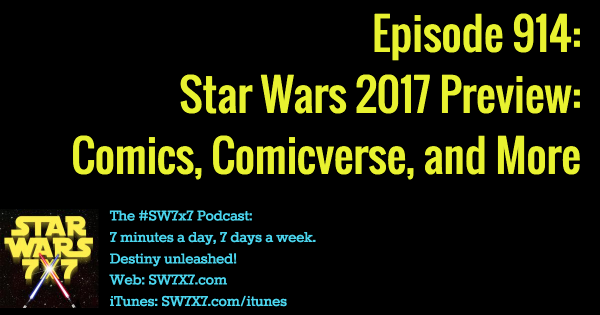 Creatures and troopers from the movies were introduced via apps. The Battle of Jakku debuted in Battlefront weeks before the release of The Force Awakens. The iron curtain dropped around the Anoat system after the events of Return of the Jedi was detailed in a game app, too. News also broke view Lucasfilm’s YouTube shows, and new characters, plotlines, and other details were revealed by toy releases on Force Friday.

I’m looking at all of that for potential 2017 fun, as well as updating you on the state of the Star Wars comics for 2017 (as we know it so far), plus an exciting announcement about the Expanded Comicverse Podcast, too!