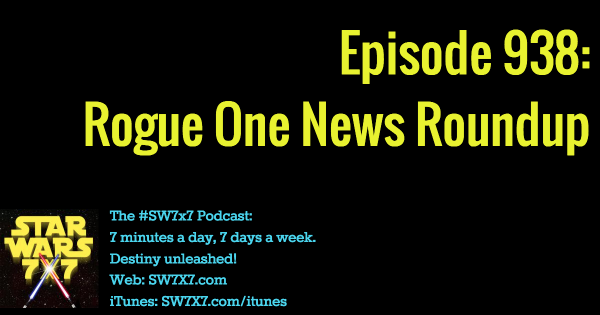 Rogue One, like The Force Awakens before it, is the domestic box office champ! Both films were the top grossers in their years of release in North America.

Unlike 2015, however, when TFA was #1 worldwide, Rogue One is only in fourth place worldwide for 2016. That said, it’s not impossible to climb to the #2 spot – it would only take another $14 million and change to do it. It would need another $140 million to claim the top spot from Captain America: Civil War, though, and I don’t see that happening.

Meanwhile, Rogue One also scored two Oscar nods, for Best Sound Mixing and Best Visual Effects. I’d love to hear from you about these. Do you think Rogue One has a chance of winning either (or both)? In what categories do you think it should also have been nominated? Share your thoughts in the comments!

Today’s question: What reason did Finn give Poe for Finn getting Poe out of First Order custody?