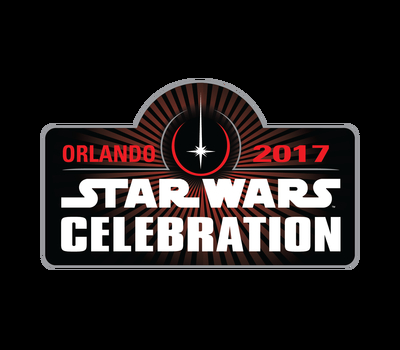 In this, the first of a series of updates that will happen every couple of weeks leading up to the event, I’m talking about the things that have been revealed so far – artists, tattoo and cosplay contests, stage hosts, and the only special guest announced so far. I’ll also give you the scoop on what *could* happen during Celebration, in terms of The Last Jedi, Star Wars Rebels Season 4, the Han Solo movie, and Episode IX.

Yesterday’s answer: He saw the destruction of the Hosnian system

Today’s question: What’s the colorful nickname of Sidon Ithano, the captain of the ship on which Finn was about to leave Takodana?