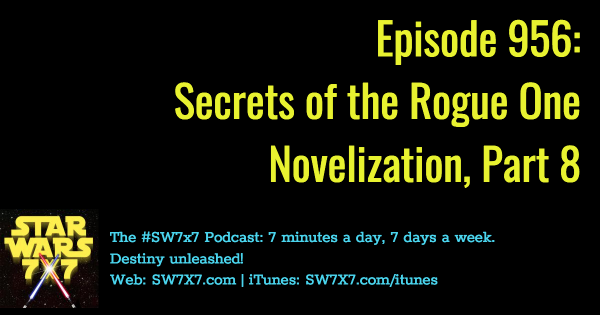 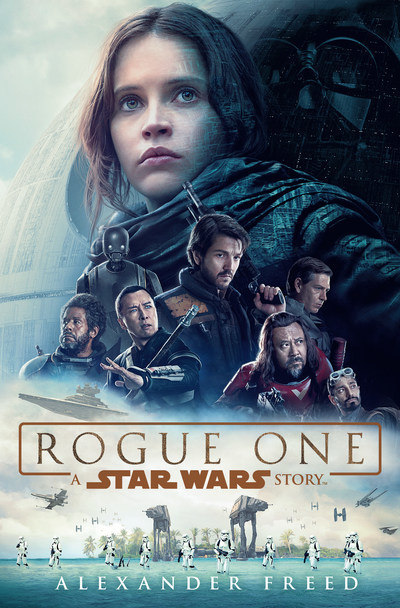 Mon Mothma is savvier than General Draven gives her credit for. Krennic absurdly thinks he has a shot at “leashing Vader,” but still convinces himself after nearly being choked to death that his meeting with Vader is a victory. And Jyn has a series of dreams, culminating with a powerful one where, despite being four years old and in the Erso’s apartment on Coruscant (last seen in Catalyst: A Rogue One Novel), she has a very adult but vulnerable conversation with her long-lost mother.

That and more will be part of the conversation in today’s dive into the Rogue One novelization!

Yesterday’s answer: The Church of the Force

Today’s question: Is Lor San Tekka any kind of Jedi?