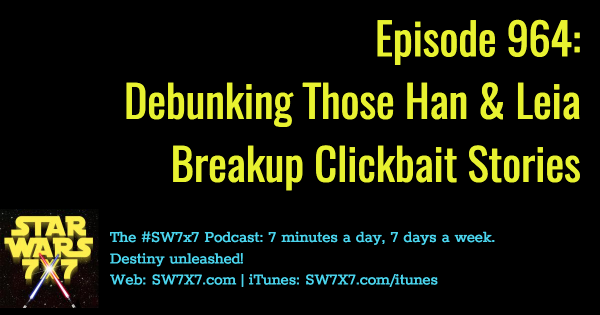 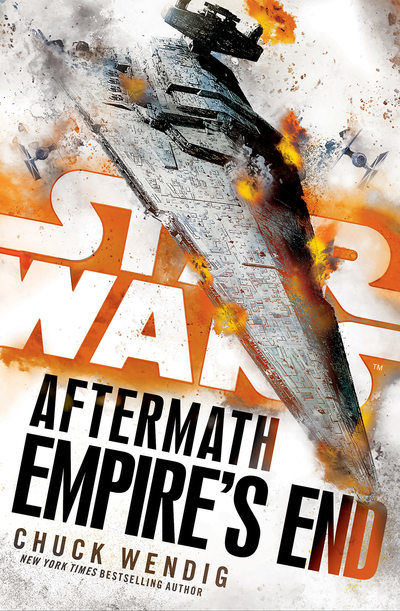 What Lead [sic] to Han and Leia’s Break-Up in The Force Awakens?

What Drove Han and Leia Apart Between ‘Return of the Jedi’ and ‘The Force Awakens’?

Why Han And Leia Separated, According To An Official Star Wars Book

Wow, right? Here’s the passage upon which these stories are seizing:

It’s been hard for Han. He won’t say it out loud, but she can see it on his face. Her husband needs something to do. He’s bored. Chewbacca’s back home, looking for his family. Luke’s searching the galaxy for old Jedi teachings. Han Solo’s got nothing to smuggle, nowhere to gamble, no foolish Rebellion to fight for.

He’s like the Falcon: retired to a hangar somewhere, waiting for something, anything, to happen.

But here’s the truth of the matter: Han and Leia are still married as of Star Wars: Bloodline by Claudia Gray, which takes place 25 years after Aftermath: Empire’s End.

25 years, people. What’s more, remember this exchange from The Force Awakens? (Excuse the extra quotation marks, that’s what happens with the “blockquote” tag in WordPress.)

LEIA: You think I want to forget him? I want him back!

HAN: There was nothing we could’ve done. There was too much Vader in him.

HAN: We both had to deal with it in our own way. I went back to the only thing I was ever good at.

LEIA: We both did.

The fall of Kylo Ren to the dark side is specifically cited as the cause for their breakup. Not Han’s restlessness or initial lack of a fatherly instinct. So please ignore all those clickbait stories about them breaking up early. They were rock solid for more than 25 years, even though their lives had them apart too often and too long, as Leia notes in Bloodline.

Want to add your own evidence to this? Or state your case to refute it? The comments are open for you!

Yesterday’s answer: Seven (thanks to Patron Bobby Gordon for flagging two I missed!)

Today’s question: Name the instances in which Kylo Ren ignites his lightsaber!