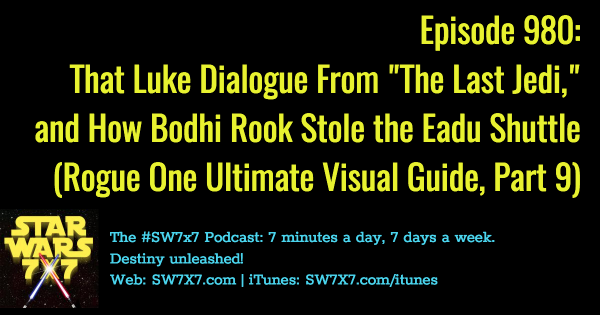 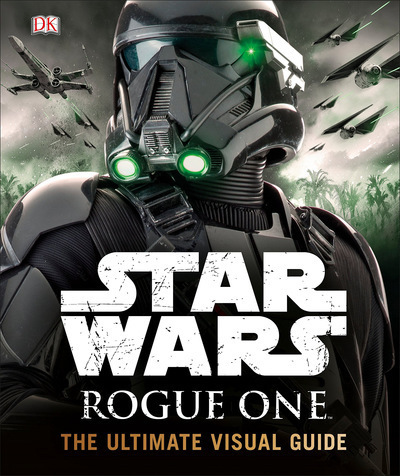 So Bodhi Rook’s backstory and how he stole the Imperial cargo shuttle on Eadu with K-2SO to rescue his newly fellow Rebels, yes, but hang on a second.

No spoilers, I promise.

Maybe you saw the stories yesterday claiming, “WE KNOW LUKE’S FIRST LINE OF DIALOGUE IN THE LAST JEDI!!!”

Well…not so much. And thank goodness. That’s one thing I really, REALLY don’t want spoiled for me.

So there was a Disney shareholder meeting, and this reporter for the LA Times was live-tweeting it, and tweeted about some montage footage that was shown to shareholders. Apparently in one of the scenes, Luke utters a line of dialogue, and the way the tweeter wrote it, it seemed like he was delivering the line at the beginning of the movie.

Thankfully, someone commenting on that tweet’s reply stream noted that the scene in which Luke delivers the reported line of dialogue happens in an entirely different setting from the island of Ahch-to. And the live-tweeter himself seemed to clarify that point later in the day.

Therefore, if you came across stories about that, I think – “think,” mind you – that you can rest assured we haven’t found out what Luke’s first line of dialogue is in The Last Jedi.

Which is pretty much what I say in today’s podcast, along with how Bodhi’s gambling habit helped him to steal that Eadu shuttle. Have a listen, enjoy, and subscribe to get daily doses of Star Wars joy sent automatically to your podcast app!