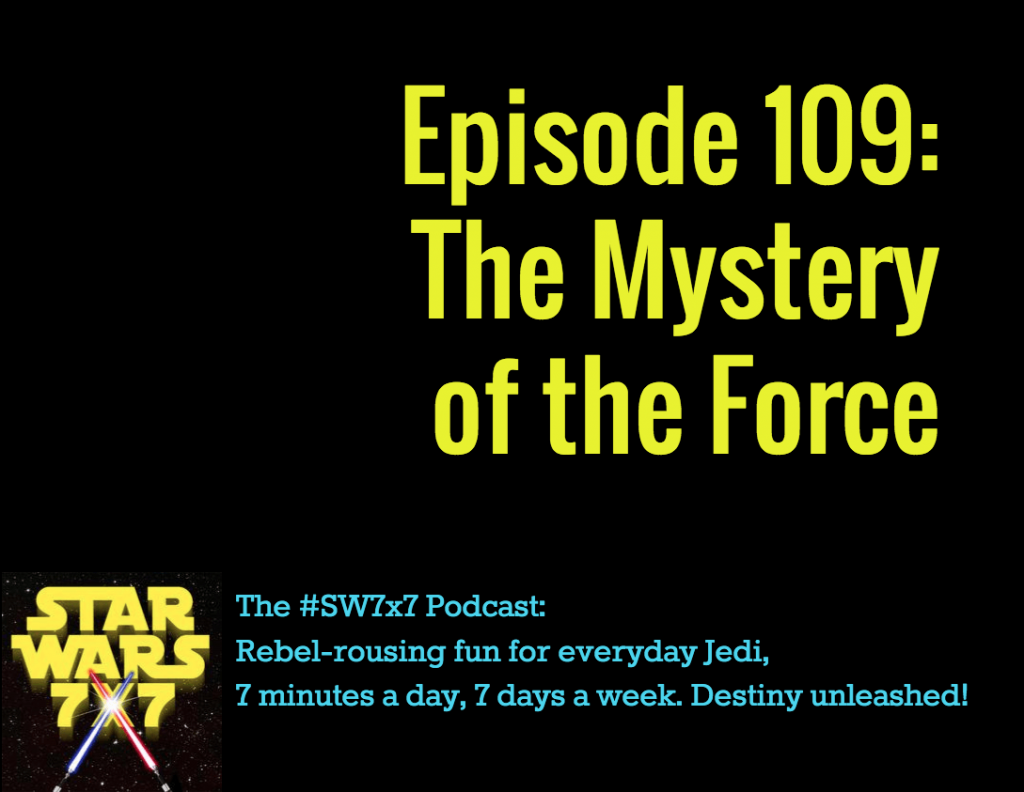 As part of a special feature on Star Wars for Wired back in February of 2013, Damon Lindelof, co-creator of Lost with J.J. Abrams and Jeffrey Lieber, penned a brief essay about the need for mystery in the Star Wars universe, which starts with this:

The Force requires no explanation. Where it comes from. How it works. It doesn’t matter. And it’s time to stop piling on about midi-chlorians—they’ve taken more abuse than a Bothan spy. Instead, let’s remember what the galaxy felt like before we ever heard of them. What it felt like was mysterious.

This is another, greater part of what I was talking about yesterday, about Palpatine’s first name. Like I said, it’s growing on me, but I didn’t need to know it. I was happy with leaving that, and other things about the Star Wars universe, as mysterious. Unanswered. Not like plot-hole unanswered, of course. Just enough for you and I to imagine ourselves into the universe, to gives us things to discuss and debate, to let us fill the gaps in the galaxy and make ourselves a part of it, as it becomes a part of us.

Deep thoughts, right? Okay, let’s get a little more specific, then, and talk about the Force. In the Original Trilogy, it was clear that even though the Force pervaded everything and everyone, only certain people could use it. And those “certain people” were not limited to humans, as Yoda clearly proved.

So did you ever stop to ask yourself back in the day, “Why Luke?” Or, “Why Yoda?” Why not Han, Chewie, or Lando? Why, if Leia had it, had she done nothing with it as far as anyone knew?

A while after the OT movies came out, I went on a mutant kick with Marvel Comics, reading X-Men, New Mutants, and X-Force. And it occurred to me then that Force users must be kind of like mutants – there was something different genetically about them, like a recessive gene, which must have triggered their Force sensitivity, and their ability to manipulate objects and minds. And Luke said it ran strong in his family, so there you go – genetic.

Of course, every species in the galaxy would have to have the potential for this genetic mutation, but that didn’t require too big a suspension of disbelief. After all, it happened with Yoda, it could happen to any creature.

Then, we got The Phantom Menace. Man, what an uproar over the midi-chlorians, right? The thing was, a lot of people thought it made the Force not so special anymore, that it took the mystery out of it. Maybe I’m in the minority, but I think that even deepened the mystery. For one thing, it opened the doors to the idea of Jedi scientists, trying to study how the heck some people could super jump higher than others. What did they know about midi-chlorians and their origins? 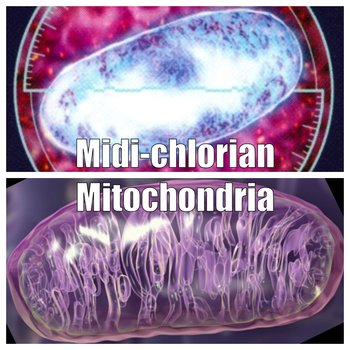 For another, and I’m sure this was not accidental, but the name is so close to the word “mitochondria” that it was super intriguing. For those of you who don’t know about mitochondria, to keep this short, it’s a thing that’s a part of every cell in your body, and some cells (like muscle cells) have way more of them than others (like nerve cells). And there’s evidence that mitochondria may once have been its own life form, like a bacteria, which got into humans and now can’t live outside of us. According to the Genetic Science Learning Center at the University of Utah:

When one organism actually lives inside the other it’s called endosymbiosis. The endosymbiotic theory describes how a large host cell and ingested bacteria could easily become dependent on one another for survival, resulting in a permanent relationship.

As opposed to being a total black hole of mystery, the Force as described now raises so many intriguing questions, thanks to the midi-chlorian reveal. And mysteries with at least a couple of clues to go on are so much more intriguing, don’t you think? 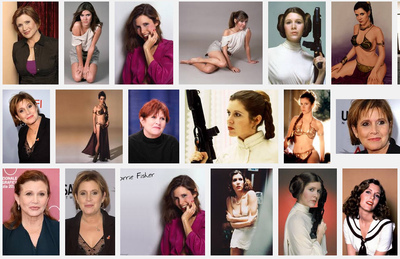 There’s no one else like her on the face of this earth, and for so many reasons, I’m thrilled to wish the immensely talented author and actress Carrie Fisher a happy birthday today. She’s the heart and soul of the Star Wars movies, and I cannot wait to see what she does with the character of Princess Leia thirty years down the road from Return of the Jedi. She’s @CarrieFFisher on Twitter, so give her a tweet and let her know you heard it from us at @SW7x7Podcast.

Today’s question: How many starfighters escorted each Rebel transport during the evacuation of Hoth?