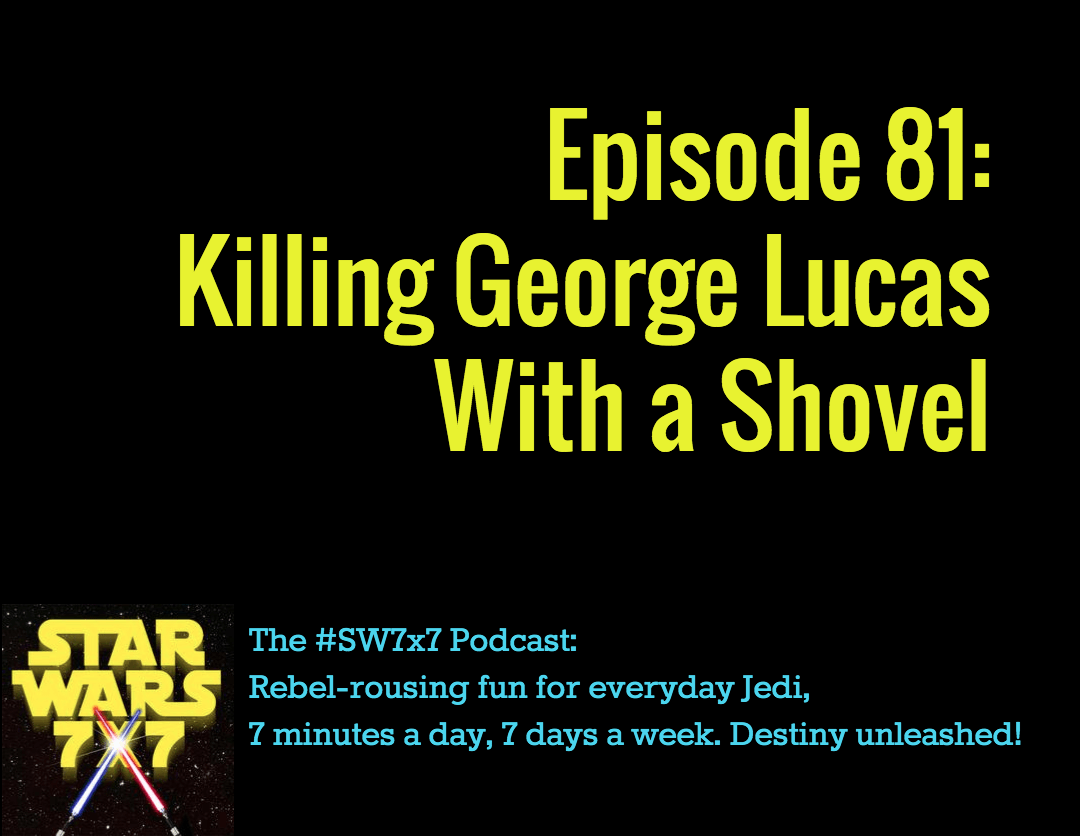 One of my best buddies is very into music, does a radio segment on concerts and music events in the area, reads Pollstar regularly – that’s an industry thing, from what I understand. So he had a chance to go work in a high profile gig for a decent sized concert venue, coming up on four years ago. He knew the people there from collaborations he did with them while in a previous job, and they loved him, so if he’d asked for the job, I’m 99 44/100% certain they would have handed it to him on a silver platter.

He decided not to pursue it. And there were a few practical reasons why, but the one that mattered the most to him was captured in this analogy: He didn’t want to see how the sausage was made. He thought that the behind-the-scenes stuff getting the bands in the house and onto the stage would take the joy away from him.

So I knew exactly what he meant by that, because I immediately flashed back to 2007, and Patton Oswalt’s second comedy album, Werewolves and Lollipops. Track 11, in particular, which is subtly named “At Midnight I Will Kill George Lucas with a Shovel.” The premise is that if Oswalt had a time machine, what would he do with it? And despite all the cool things he could have done, the first thing that came to his mind was that he’d go back to 1993 or 1994, and kill George Lucas before he could make the prequel trilogy.

I’m posting a link for you to listen to the whole track, which contains language that’s not safe for work, just as a head’s up. And I won’t spoil the gist of the routine if you haven’t heard it, but he finds a common thread that gives prequel haters a great flag to rally around, and one of the points he ends up on is this simple screed: “I don’t give a **** where the stuff I love comes from! I just love the stuff I love!”

Yes, the prequel trilogy is the story of how Anakin became Darth Vader, so naturally he’s a huge focus of the prequels. But the story of Star Wars has always been painted across a huge canvas, and there’s so much more to care about. For me, the prequels have become much more about two particular characters – Palpatine and Obi-Wan. Their arcs are just as inevitable as Anakin’s, and yet I find them much more entertaining. I’ll cover Palpatine in another episode, but let’s talk about Obi-Wan for a minute.

I know there are some folks out there – quite a few, actually – who despise the prequel trilogies, but come on, how psyched were you to see Obi-Wan in his prime? We got so little of him in A New Hope, and for an old man, he kicked some serious butt, right? Mind-controlling stormtroopers, slicing off a guy’s arm in a bar fight, negotiating with mercenaries, and sneaking off to sabotage a tractor beam inside an enemy battle station all by himself. Are you kidding me? And then letting himself be martyred so he could become a Force ghost? Tell me that’s not the coolest, most intense guy you’ve ever heard of. Then tell me I’m going to have three movies to see him in action as a Padawan, a Knight, and a Master. I’m all about it.

And here’s how you know that Lucas did a great job with Obi-Wan in the prequels – because fans are clamoring for him to be the subject of one of the spinoff movies. If he had sucked as a character in the prequels, we wouldn’t be hearing that kind of talk.

What about you? Have you found something to love about the prequels over the years? Chime in at Facebook.com/SW7x7.

Did you know? Roger Moore is now the second man who played James Bond to be having something to do with Star Wars Episode VII. Which Bond do you think will be next? My money’s on George Lazenby.

Today’s question: What Rebel hero was rudely insulted by a protocol droid in Cloud City?