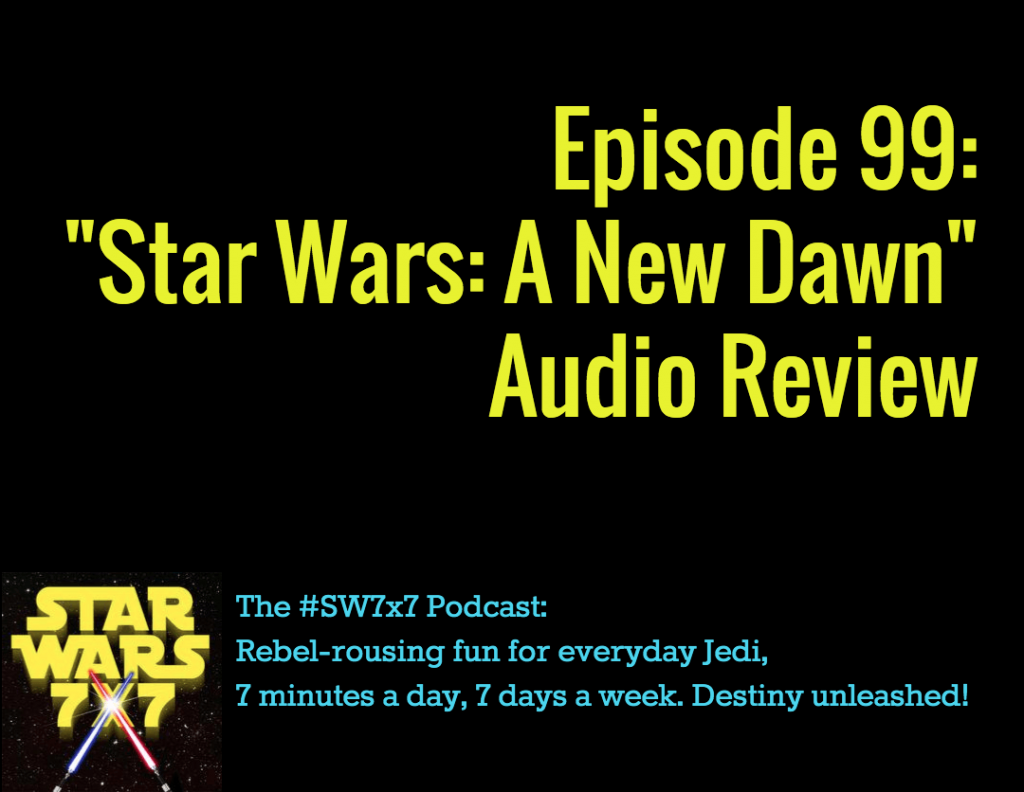 On the same day that Lucasfilm made the announcement about the revised canon, Disney Publishing Worldwide announced the kickoff off the novel side of things, with four new titles to come.

Now as I’ve said before on the podcast, I haven’t been a huge Expanded Universe fan, and by that I only mean that around 1996, life just got too busy, and I couldn’t keep up with them. I know there are people upset about the EU being termed “non-canon” now, and I for one am a little torn on it.

On the one hand, I like that I get a clean slate to catch myself up on the characters and stories, since there have been dozens upon dozens of novels released up to this point. That’s just too intimidating to think about catching up with!

On the other hand, I’m a little concerned, because I really don’t want to see Star Wars suffer from the Comic Book Effect. And since Disney owns Marvel, too, there’s a greater likelihood that the powers that be are willing to press the reset button on the story chronology and the timelines of larger scale events, at any time they choose. Which is not nice at all, because then the time and effort you and I expended in absorbing the stories is now useless knowledge that isn’t relevant to anything anymore.

That all said, I very much enjoyed the first novel of the new canon, Star Wars: A New Dawn by John Jackson Miller. I listened to it as an Audible audio book, which is as cool as they say, and read by Marc Thompson. And aside from an illustrious career as a reader and voice actor for audio books, Marc also managed to have appearances in those classic TV series, Saved by the Bell and The Fresh Prince of Bel Air. Incidentally, I read to my kids just about every night before bed, and in listening to the audio version at bedtime myself, I got to enjoy the sublime pleasure of being read to myself, all over again. No wonder the kids hate losing out on reading time if they’ve stayed up too late!

The book is intended to be a prequel of sorts to Star Wars Rebels, even though it takes place a few years before the series, and its main function is to reveal the fateful first meeting of Kanan Jarrus, a former Jedi Padawan who survived Order 66, now trying to suppress his Force power and keep a low profile; and Hera Syndulla, the Twi’lek on a mysterious, proto Rebel-like mission to investigate the Empire’s interest in a mining operation and the shady activity of a famous cyborg business consultant named Count Vidian.

It’s a smaller story than I was expecting from a first new novel. The action centers mostly on and around the planet Gorse and its moon Cynda, and for Star Wars, I would have expected jumps to a few more planets, to keep things fresh and lively. And I’ll say this without spoiling anything for you, but considering how this new Lucasfilm story group exists to ensure that books and TV and movies, et cetera, all tie in together, there are certain characters I wish had survived the events of the novel, in order to see them again in another novel or even the Rebels cartoon series.

I think it was William Faulkner who said that the first 100 pages of every novel should be treated like a pilgrimage, and it’s your duty to stick with it at least that far before deciding whether to read on or abandon it. In all honesty, I had that experience with A New Dawn, though it was about 50-60 pages in where I stopped thinking about the pilgrimage idea. Hard to say for sure about the exact page numbers, since I’m not sure how the audio correlates to real world page numbers. Suffice it to say that the first hour or two of the 12 hour and 43 minute unabridged adaptation were a bit of a slog to get through.

That said, once it gets going, it has plenty of narrative drive, and past the halfway point, I was definitely at the equivalent of page-turner status, wanting to stay awake through one more chapter to see how the story would unfold.

All in all, I’d definitely recommend it as a good read, and heck, if you love Star Wars music and sound effects, then you’ve gotta check out the Audible version of it, which brings things to a whole new level. In fact, if you go to AudibleTrial.com/sw7x7, you’ll get free trial of the service and a free audiobook download, too. Pretty wizard, wouldn’t you say?

Did you know? Star Wars: A New Dawn takes place eight years after Revenge of the Sith, six years before the Star Wars Rebels cartoon, and thus 11 years before Episode IV, according to Wookieepedia. It’s a section of time that has been covered by a couple of novels in the old Expanded Universe, too, so we’re starting to see the first of the new canon stories moving into the timeline. If you’re an EU fan, let us know if there’s anything in A New Dawn that overrides any EU stories, at Facebook.com/sw7x7! 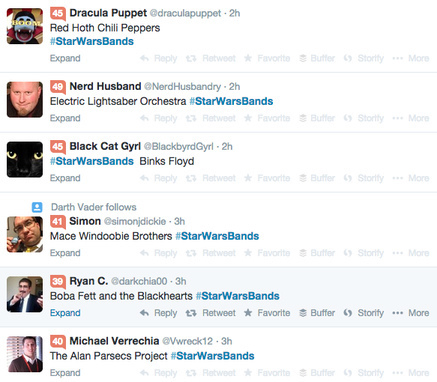 LEGO Star Wars The Ghost – click the pic for details!

Today’s question: How many legs does a Power Droid have?

Previous Post: 98: The Least Dangerous Robots of All Time
Next Post: 100: The 100 Best Star Wars Quotes EVER!*