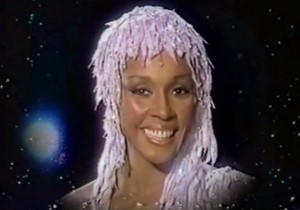 This one will give you a laugh! Diahann Carroll was born on this date, and in the Star Wars universe, she’s best known for playing Mermeia in the 1978 Star Wars Holiday Special. Do you remember seeing it on TV? Have you dared to seek it out online? Have your say in the comments!

My latest for @StarWars.com shows how #StarWars really is everywhere: http://t.co/JZgpnMqfZN

As we all know, the Star Wars universe is a pretty darn big universe. In addition to the movies, there are the TV shows, radio dramas, toys, novels, comic books, role playing games, video games, encyclopedias, reference guides, holocrons, and more. Not necessarily all of that goes away just because Lucasfilm came out and said the only official continuity belongs to the movies and the Clone Wars and Rebels cartoons.

Nope, the series of events in all of those other media outlets may now be referred to as “Legends,” but the planets, vehicles, and species don’t depend on timelines, canon, or continuity. And who wants to go through the trouble of re-inventing a universe?

But there’s a bigger Star Wars universe than all of that combined, and it’s expanding at an ever-increasing rate. That would be inside the massive multi-player online role-playing game Star Wars: The Old Republic, which takes place 3,500 years before the events of the Star Wars films. Long story short, there’s a cold war going on in the Star Wars universe, after a 28-year outright war between the Jedi and the Sith. The Sith have a new academy and are looking to rebuild the Sith Empire, while the Jedi are on their heels, trying to rebuild and help the Galactic Republic maintain power.

How big is this universe? The game took $155 million to create over five and a half years, with more than 240 voice over actors helping to flesh out the universe. As of December 2013, about 1.6 million folks are playing the game, an average of 5 hours a day. And for every Jedi Knight character created, there are 2.3 Sith Warrior characters created. I think that ought to tell us something about society in general, but I digress.

The forums themselves have more than 300,000 posts in them, too. This is one of the many, MANY things I love about Star Wars. I love that this exists, even though I don’t play it and probably never will.

I mentioned TheForce.net’s Content Manager Dustin Roberts on a previous episode, how he said in an interview that he’d honed down his Star Wars collection to focus on only R2D2 items, because that was going to make a more satisfying collecting experience for him. I’m sure there are non-R2 things that Dustin thinks are way cool, but just doesn’t collect them.

You could think the same way about your own Star Wars experience, the whole experience in general. For example, just because I’ve excluded this massive multi-player online role-playing game from my unique Star Wars experience, that doesn’t mean I don’t appreciate it. The thing I would LOVE to know the most about, though, is the in-game economy, which isn’t really revealed to an outsider searching for info about it. That said, maybe you heard about the huge battle in a different MMO game, EVE Online, in January 2014. Because there’s an actual exchange rate between in-game currency and real-world money, they estimated that one massive battle cost as much as $300,000 or more in destruction.

Whether it’s about the in-game economy or the experience of playing, I’d love to hear your thoughts about what it’s like to play Star Wars: The Old Republic in the comments!