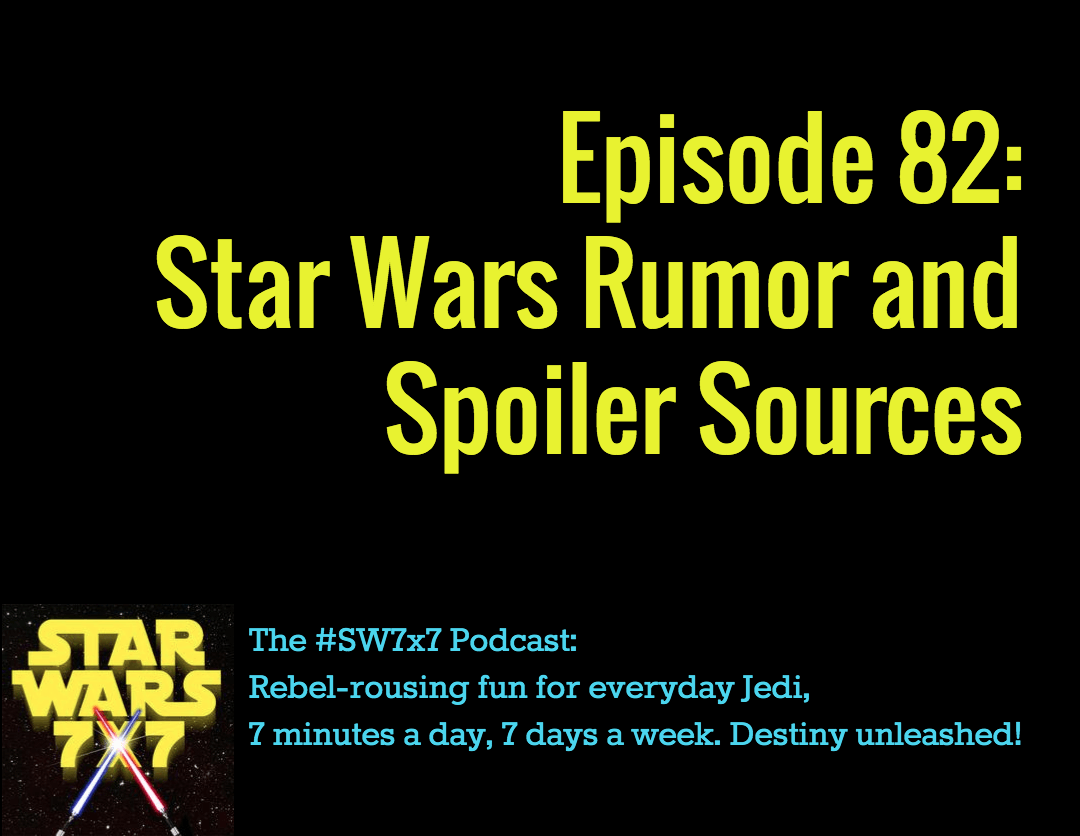 You’d be stunned how many articles are out there about Star Wars – at least 268,000 in the past month alone, according to Google News. Some of these are fun pieces – like a recent one suggesting Star Wars, Indiana Jones, and ET take place in the same universe, or the Star-Wars-inspired house – but the large majority are for the hashing and re-hashing of every single tidbit of news, every spoiler or rumor out there, leaked set photos, and so on and so forth. I’ve been on the website of the International Business Times so often, it’s getting ridiculous. What could they possibly have to do with Star Wars, after all? And yet, they’re doing something right, because they keep popping up high in the Google search results.

But ultimately, the news is coming from a handful of sources. Sure, there’s a new interview with Oscar Isaacs via Entertainment Weekly, and there’s going to be a new interview with some other cast member for any other movie they’re in, or some red carpet premiere they’re attending, and no matter what else is going on, they’re going to be asked about Episode VII, and whatever they saw will launch a thousand new webpages.

But if you’re interested in going straight to the scuttlebutt sources, these are the places you want to know about:

2. Bad Robot’s Twitter Feed. J.J. Abrams confirmed the Falcon’s presence in the film here, as well the desert shoot, a robotic hand, and some Death-Star-like lighting. Just enough to be tantalizing.

3. Latino-Review. According to their site, they’re “dedicated to bringing Reviews of the latest American Movies to the English speaking Latin-American audience.” I seem to recall the guys over at the ForceCast taking the rumors coming out of Latino Review with a serious grain of salt, but they seem to be at the forefront of a number of rumors and spoilers. As does…

4. MakingStarWars.net. What started as a blog to discuss and share behind-the-scenes photos, and a deep dive into The Clone Wars series, has now expanded to covering Star Wars Rebels, the sequels, and the spin-offs, and were the ones who made sketches to share of what Daisy Ridley’s costume might look like in the new movie, based on sketches shared with Jason Ward.

5. Indie Revolver. These are the folks that shared the images of new stormtrooper helmets, and they have sources talking to them about the villain or villains, among other tidbits. They have a slightly different take on the whole rumor and spoiler thing, which their editor in chief Jay Carlson says is about “fleshing out the conversation, adding to it – talking about what’s already out there in as much depth as we can. That’s our sweet spot, what we really enjoy.”

6. Bad*** Digest. Most recently, they dropped a spoiler about what kind of spaceship Han Solo might be flying, if he wasn’t flying the Millennium Falcon, but that’s just the tip of their iceberg, so to speak. The folks behind the site are also the founders of the Alamo Drafthouse Cinemas, and Fantastic Fest, the film festival for horror, fantasy, sci-fi, and action movies.

7. JediNews. Considering that Episode VII is being filmed across the pond, as you might say, it makes a heck of a lot of sense that one of the best sources of info would be in the same country. They just uncovered the production names of two of the upcoming movies, Lunak Heavy Industries and Space Bear Industries. Filming under a  pseudonym, though not exactly anonymous, since it’s in the public record. That said, filming on Episode VII was set up under the pseudonym of Foodles Productions.

How about you? What are your favorite sources of Star Wars news? Chime in at Facebook.com/sw7x7!

Surprising and little known Star Wars tidbits, usually related to today’s Force Feature.
Today marks the anniversary of Boba Fett’s first appearance, walking alongside Darth Vader at the 1978 San Anselmo Community Fair and Parade, 36 years ago. Wouldn’t it be great if we had a brand new Episode VII character introduced to us today, in honor of Boba Fett’s original reveal?

Today’s question: What Rebel was severely damaged during the battle at the Endor bunker?

Previous Post: 81: Killing George Lucas With a Shovel
Next Post: 83: Are We Right (or Wrong) to Criticize George Lucas?