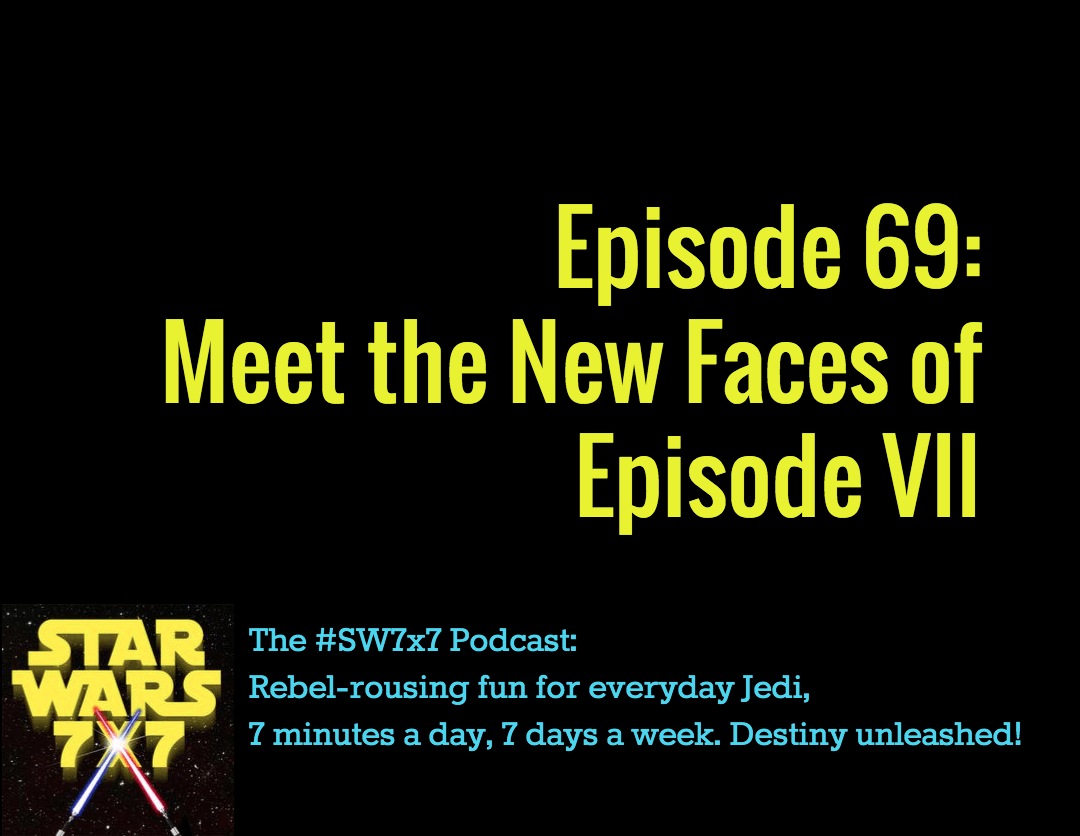 One of the things J.J. Abrams set out to do was to cast comparative unknowns into the major roles of Star Wars: Episode VII. And that, he certainly has achieved. Not that this measure is the be-all end-all, but the “Career” section of Harrison Ford’s entry on Wikipedia is longer by itself than that of the five major young cast members combined. 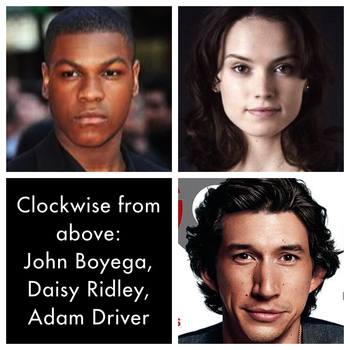 So if you really want to learn something about them, there’s actually not much to tell. American audiences have the highest likelihood to have seen two of those five folks in other roles already. John Boyega played the role of Chris Tanner, the US drone pilot who has his drone hacked in 24: Live Another Day, and was wrongly accused of an attack on US personnel. Suitably intense. He seems to be able to do the kind of serious dramatic work needed. I know, it should be a comparatively light-hearted movie, Episode VII should, so hopefully he can play witty, too.

The other one who’s possibly a name brand is Adam Driver, who’s been in more than a dozen films, nothing too standout-ish, but is likely best known for his role in the HBO show Girls. Can’t say that I’ve seen it, personally, but I do know that for the three seasons the show’s been on, Driver has been nominated for an Emmy for Best Supporting Actor twice. That seems to speak well of his acting chops, wouldn’t you say?

The key newbie, though, seems to be Daisy Ridley. She’s only appeared in a handful of TV episodes in guest roles, and hasn’t yet appeared in a feature-length film at all. (She was cut from one, and has another awaiting release.) The reason why she seems to be the key is because she’s been officially confirmed as being signed on for Episodes VIII and IX. Add that to the fact that she and Mark Hamill were together on the Irish island of Skellig Michael for filming, and all signs point to her being the next-gen Jedi that the film could be centered around.

Because it’s Lucas, right? So it’s definitely gotta be more about the lineage of the Force-enabled line than not. This isn’t spoiler related, again, it’s more hypothetical than anything else. But Lucas has a habit of repeating himself. And he’s said before that the story has been about Darth Vader all along.  So Anakin’s fall in the Prequel Trilogy, Anakin’s redemption in the Original Trilogy, and the next logical step would be Anakin’s legacy in the Sequel Trilogy.

The Expanded Universe sought to address the mess of the galaxy after the overthrow of the Empire, but Lucas also said that’s not how he would have done it, from what little he knows, since he claims not to read the EU books.

So, set the personal drama against a big backdrop. How will Han and Leia’s force-sensitive children react to knowing that their granddad was one evil dude? You think Han ‘n Leia are reading Vader and Son or Vader’s Little Princess to their kids at bedtime? Probably not. But I do think that one of these characters – whether it’s Boyega or Ridley or Driver, or someone else – is going to turn from good to evil in the new movie. We had Anakin going good to bad, then bad to good, so now it’s time for someone good to just utterly lose it and go bad, bad, bad.

And with the newly constructed story group at Lucasfilm trying to be more careful about how all these tales all fit in together, it wouldn’t surprise me at all to find out that the first season-plus of the Rebels cartoon series will deliver information that will directly apply to either major Episode VII plot points (without telling us outright), or it’ll apply to supportive material for those points.

So for Boyega, Ridley, and Driver, there’s not much to say, and that’s the way Abrams likes it! What do you think of them, what you’ve seen or heard? Let us know at Facebook.com/sw7x7. 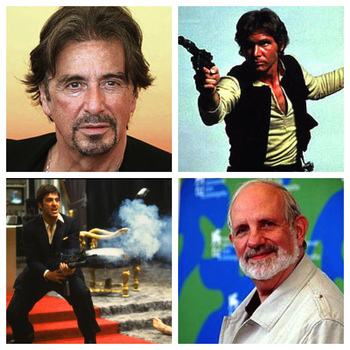 Okay, so here’s a fun little circle: Al Pacino was offered the part of Han Solo in Star Wars and turned it down, but it just so happens that Brian De Palma was the one doing the cast interviewing for Lucas to approve. A few years later, De Palma cast Al Pacino in one of his career defining roles with Scarface. And it’s Brian De Palma’s birthday today, which is why I’m telling you this story!

Many new items have been added to our @RanchoObiWan Gala Auction Preview! http://t.co/JzVcypNCaS #StarWars pic.twitter.com/n4giKQkazG

Yesterday’s answer: Made them members of the tribe

Today’s question: Who did Darth Vader kneel before?