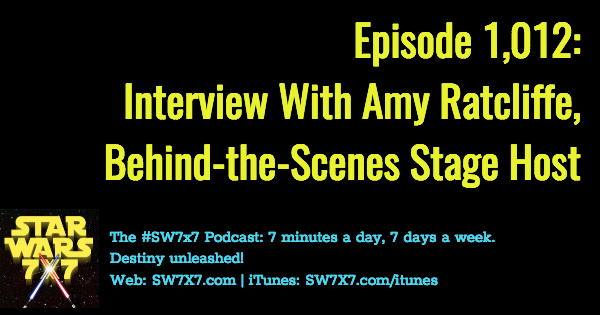 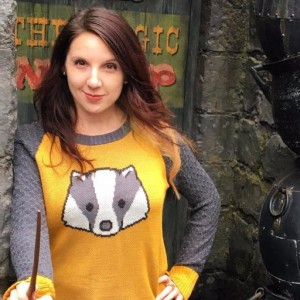 Funny, I just interviewed Amy last month for the Star Wars POP (Podcasters on Podcasting) segment of the show, and I interviewed her last year in advance of Star Wars Celebration Europe!

Well, Amy Ratcliffe of Lattes With Leia was kind enough to come back on the show to talk about her upcoming hosting gig at Star Wars Celebration Orlando. She’s the leader of the Behind the Scenes Stage, the same one she hosted in London. This interview was recorded in March 2017, before the panels and schedules had been announced, so she wasn’t able to talk about any of that stuff in the interview. But I promise you there’s more than enough Celebration experiences to talk about.

Thanks for listening, and be sure to like the Star Wars 7×7 Facebook Page to be notified when I’m broadcasting live from Celebration Orlando this week!