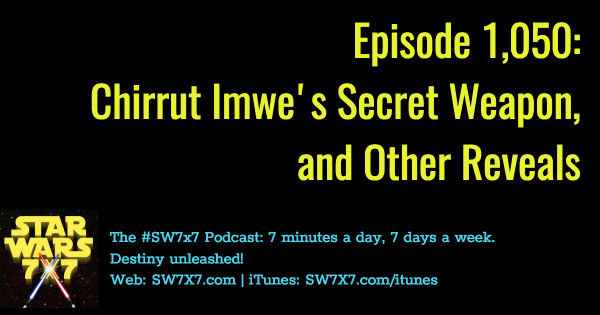 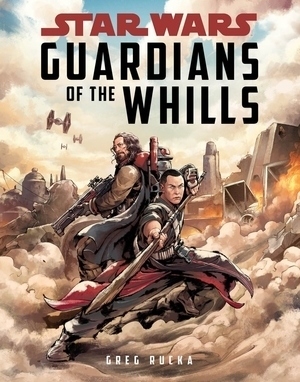 So, Chirrut Imwe. We’ve talked about how he’s not a Force user, per se, but that he’s Force sensitive, thanks to what we saw onscreen in Rogue One, and information from the novelization and the Rogue One Ultimate Visual Guide.

In Guardians of the Whills, we get a much clearer sense of the limits of Chirrut’s Force abilities. As much as he stretches out with his feelings, sometimes he’s able to see and sense things around him despite his blindness – but it’s a lot of work, and it’s not reliable.

However, he’s become very familiar with navigating the city over the years, which helps him find his way around despite his lack of sight. And, in a new bit of info, we find out in the new novel that he often wears something called an “echo-box” – basically, a little radar he wears on his belt, that vibrates when he gets near an obstruction.

That and more get discussed in today’s podcast, including the mystery of what Saw’s doing with all those kyber crystals!

Today’s question: What word did Jyn use to describe Jedha to Cassian?