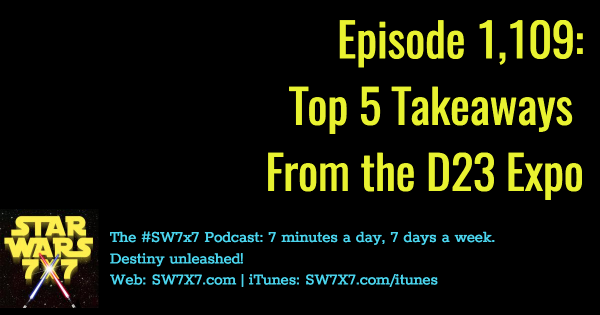 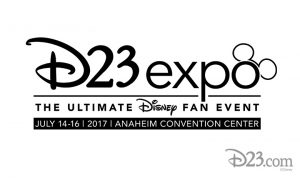 Well, another D23 Expo is in the books! The three-day event at the Anaheim Convention Center dropped some amazing details in some areas, and absolutely none in others. Specifically:

1. Comics. Disney owns both Marvel and Star Wars, but nothing new to report here.

2. Books. Del Rey does the adult novels, while Disney Publishing Worldwide is responsible for books targeted at everyone under 18, like Ahsoka, Rebel Rising, and Lost Stars.

3. TV. There were Disney animation-related events at the D23 Expo, but none of them focused on Star Wars. Ergo, we’re not any closer to finding out what the next series after Rebels will be.

4. Video games. Here, at least, there was something substantial, as Battlefront II was a featured part of the Disney video game panel.

5. Movies. As you’re no doubt aware, Lucasfilm arrived at the D23 Expo with a Behind the Scenes reel for The Last Jedi – and yes, allow me to brag for a moment, since I predicted that one many months ago – and I went through the reel shot by shot to create the detailed breakdown in Saturday’s extended episode.

Additionally, the Han Solo movie is STILL untitled. I’m predicting we won’t get a title reveal until September. What’s your guess about it? Have your say in the comments!