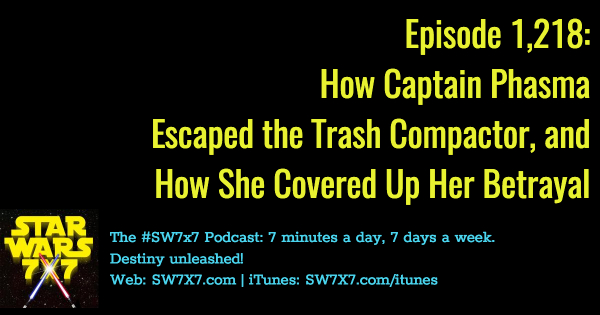 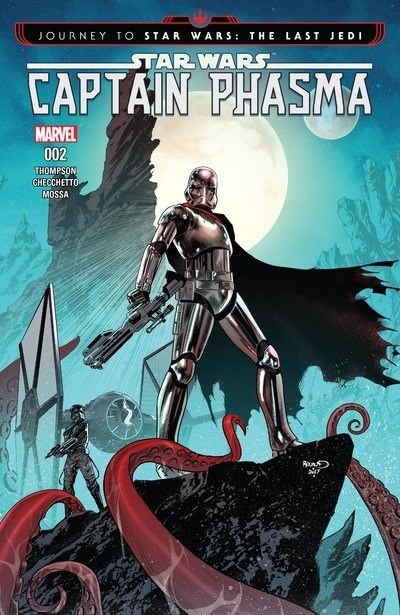 Marvel promoted the four-issue Captain Phasma limited series by saying it would reveal how she managed to escape from the trash compactor and Starkiller Base.

Well, funnily enough, writer Kelly Thompson dispensed with that immediately in issue #1. Which meant that the rest of the series immediately became an extended answer to a “Now what?” question. And that led to a story in which Phasma tries to cover the tracks of her betrayal in lowering the base’s shields, but she discovers that someone else has evidence of that betrayal.

The rest of the story is the pursuit of Lieutenant Sol Rivas, which comes to a murderous conclusion for most of the main players involved. And being that the story is part of the Journey to The Last Jedi, I think we can safely assume that this story slots neatly in between The Force Awakens and The Last Jedi. Which means that Phasma gets back to the First Order fleet in time to join their counter-punch against the Resistance.

The podcast is a full-spoiler one, so if you haven’t read it yet and don’t want the scoop, save this one for a later date. If you’re game to hear all the important details, then have a listen right now!