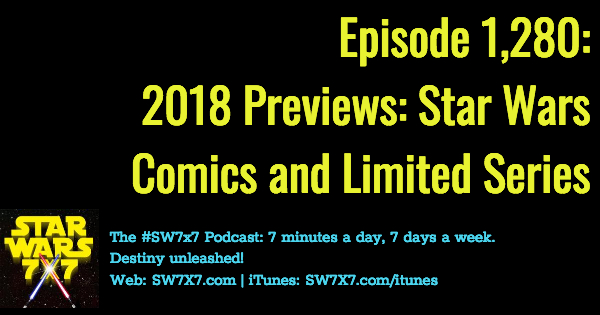 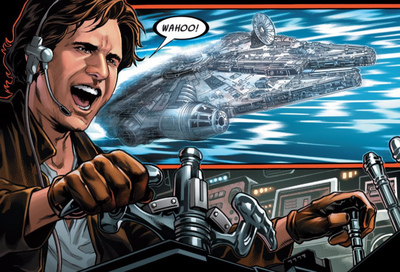 We may only know about half a year’s worth of information about the Star Wars books coming out next year, but there’s even less that’s publicly known about the comic books being published by Marvel and IDW for 2018.

Really, we can only confidently say that it looks like the four major monthly titles – Star Wars, Darth Vader (v2), Doctor Aphra, and Poe Dameron – are going to continue through 2018. And even though the Poe Dameron title is approaching the 25th issue milestone at which the first Darth Vader series ended, writer Charles Soule has confirmed the series will continue.

That in itself is the most intriguing announcement, since it sounds like issue #25 will wind up take us right to the doorstep of The Force Awakens. It begs the question, where will they go from there? Since The Force Awakens and The Last Jedi happen one right after the other, one answers is to pick up after the events of The Last Jedi. Personally, I don’t see that happening. I think Lucasfilm will stay out of that space so that J.J. Abrams and Chris Terrio can figure out what to do with Episode IX.

Which means they can only go backward with Poe Dameron. And to get away from territory they’ve already covered, they’d have to go back even beyond Poe’s recruitment into the Resistance by Princess/General Leia Organa. So perhaps we’ll get to learn more about the state of the New Republic as the First Order makes its first significant strides.

I can also make some educated guesses about things to come from Marvel this year, which I’m doing in today’s podcast!