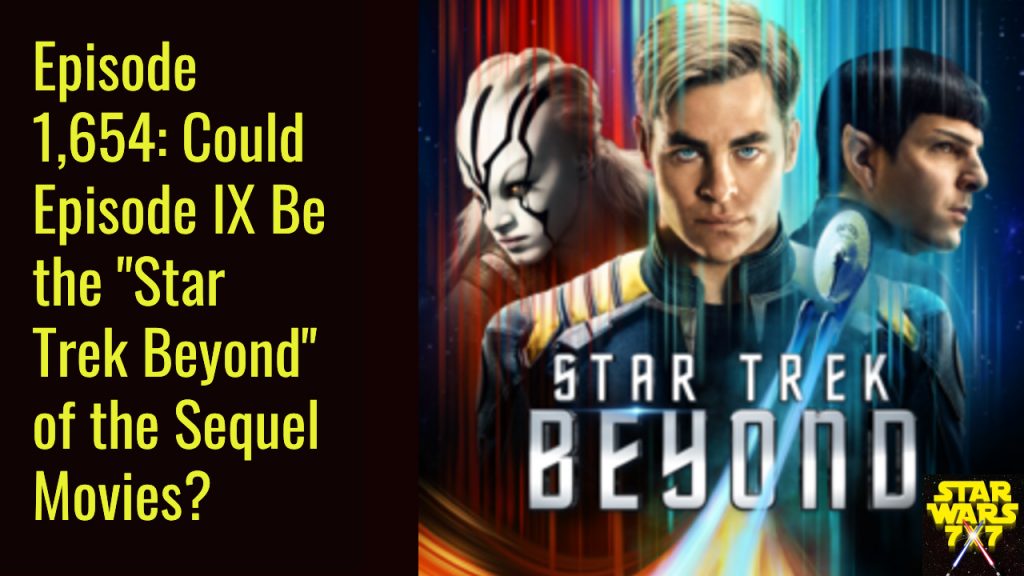 On the heels of the announcement that a fourth installment of the rebooted Star Trek franchise has been canceled, and a reminder that the second one (Into Darkness) was considered “divisive among fans,” we stop to ponder the possibility – could Episode IX perform like Star Trek Beyond did at the box office – which is to say, not as well as its predecessors? Punch it!