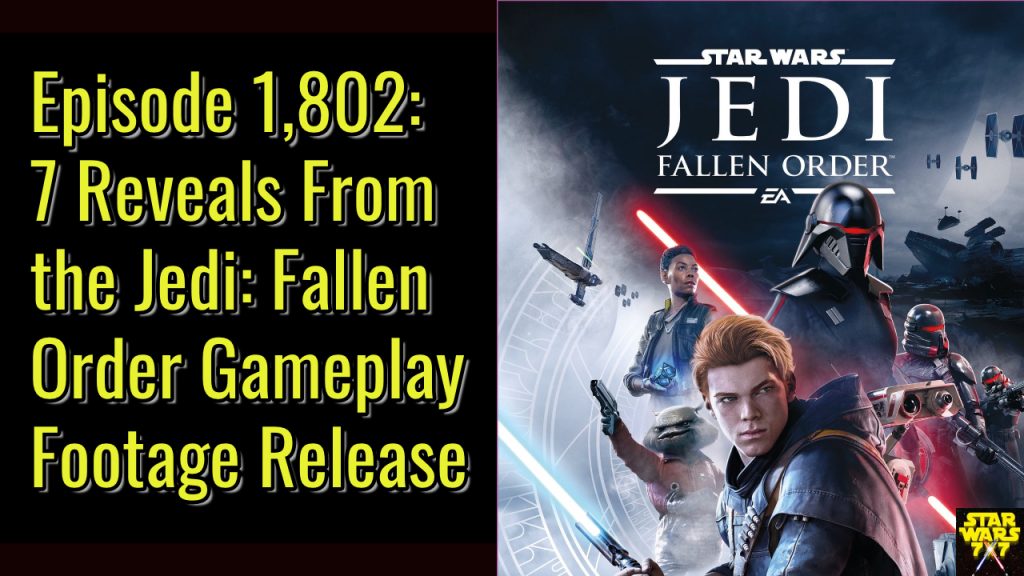 Ahead of the big E3 video game conference, EA released 13 minutes of gameplay and cut-scene footage from Star Wars Jedi: Fallen Order (the game itself will be available in November). And there are some big reveals in the footage, including a good look at Cal Kestus’ Force abilities (which seem to go way beyond padawan levels) and the reveal of a character whose presence means we may encounter some interesting moral dilemmas in the storyline. Punch it!