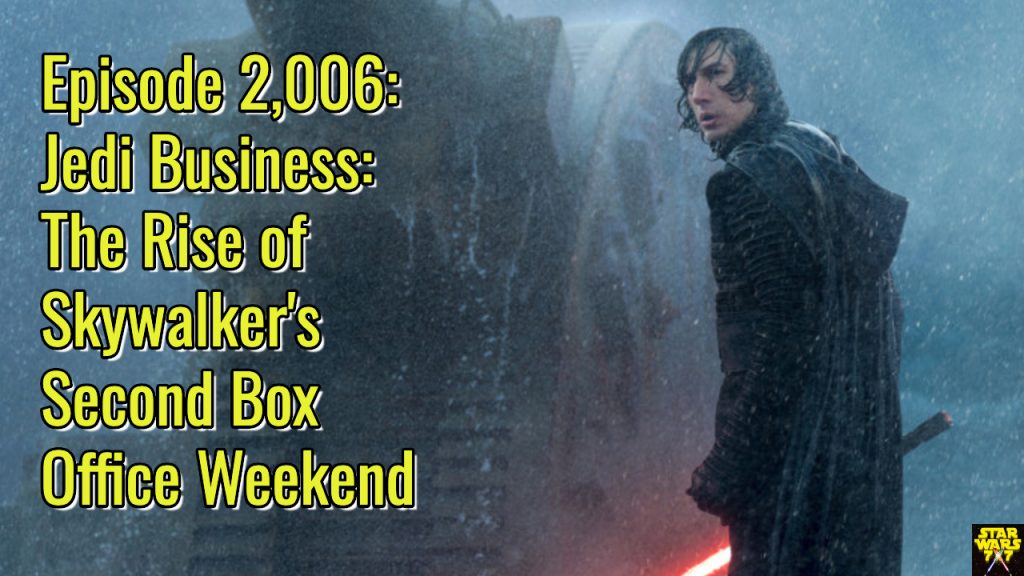 The second weekend of The Rise of Skywalker’s release is behind us, and in some cases, the numbers are promising. Its closing the gap between it and The Last Jedi, its second-weekend drop was lower percentage-wise, and even the most conservative estimates for the total domestic box office have it matching TLJ’s “multiple” (2.82, meaning that the total box office was/will be 2.82 times the opening weekend numbers). But that would still leave it below TLJ’s dollar amount by more than $120 million.

On today’s episode, a disclaimer about how I’m approaching these Jedi Business episodes, what we can learn from how the other top-10 movies of 2019 have been performing, and how their CinemaScore ratings may (or may not) correspond to their box office results. Punch it!