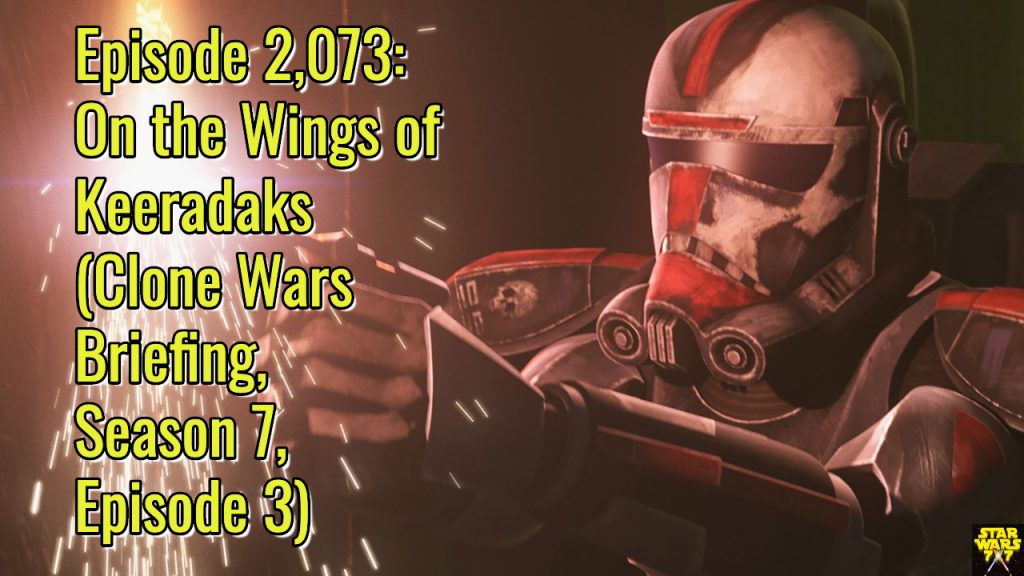 “On the Wings of Keeradaks” is the third episode of the final season, season 7 of the Clone Wars. It’s also the third in a four-part story arc, and as much as I hate to say it, it’s the weakest one so far – so much so that it’s almost unnecessary.

That’s not to say the episode is without merit. There are exciting action sequences, a bit of Wrecker comedy, and a moment at the end that’s heavy with emotion. But as we’ll discuss on today’s Clone Wars Briefing, there’s nothing about this episode that advances the story of this final season. They got to Echo in the last episode. We knew they’d get him off planet after that. Did we learn anything new in the process, or add depth or complexity to the storyline? Unfortunately, no.

There were some missed opportunities that could have made this episode more necessary – at least one of which was hinted at in the original story-reel version of this episode. We’ll talk about that, and about other changes to the episode from the story reels to the final Disney+ version. Punch it!